US slavery: How is America marking the 400th anniversary? 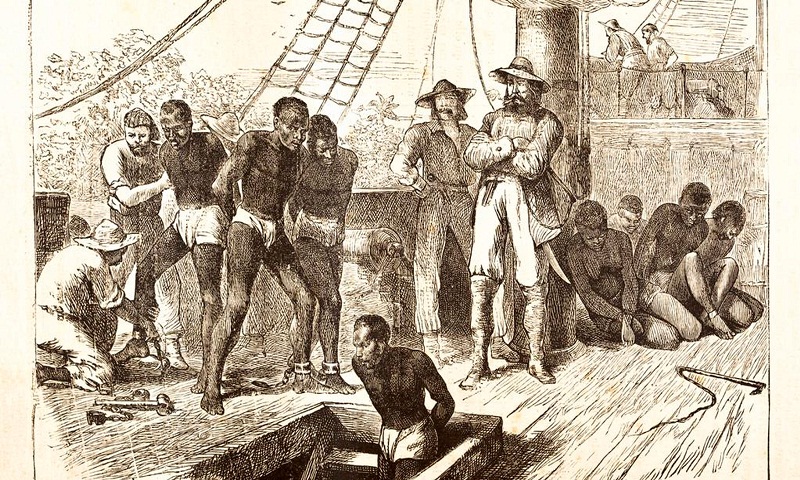 The Speaker of the US House of Representatives, Nancy Pelosi, has travelled to Ghana in West Africa for events marking 400 years since the arrival of the first enslaved Africans in America.

Why is the date significant?

In 1619, a ship arrived in an English settlement in what is now the US state of Virginia, carrying some 20 captured Africans.

It's the first documented arrival of enslaved Africans in an area that would go on to become part of the United States.

They had been seized by English pirates off the coast of Mexico, from a Portuguese slave ship.

The Portuguese vessel had been carrying about 350 Africans, taken from what is now Angola.

Many had died during the voyage because of the terrible conditions they endured.

The English pirates went on to sell the Africans they had seized to colonists in Virginia.

It's a matter of historical debate what exactly happened to them once they were sold.

But formal systems of slavery and racial separation did become established in later years as the number of Africans brought over to America grew.

Were they the first slaves in the Americas?

Some experts say the significance of 1619 should not be over-emphasised because, by then, Africans were already being used on tobacco plantations in the English-run colony of Bermuda.

It's also believed there were Africans on expeditions to both North and South America by English and Spanish maritime adventurers in the 16th Century.

And Portuguese traders had been taking slaves to its colonies since the 15th Century.

How is this anniversary being marked?

The US Congress has established a special commission to mark 400 years of African-American history this year.

And Ghana has declared 2019 The Year of Return, with programmes aimed at encouraging people of African descent to visit and even settle.

President Donald Trump, meanwhile, was in Jamestown, Virginia, this week to mark another anniversary - 400 years since the birth of representative democracy in the western hemisphere.

However, he did note in a speech that it was also 400 years since the first enslaved Africans arrived in Virginia.