Likelihood of Two Projections – GDP in OER and PPP 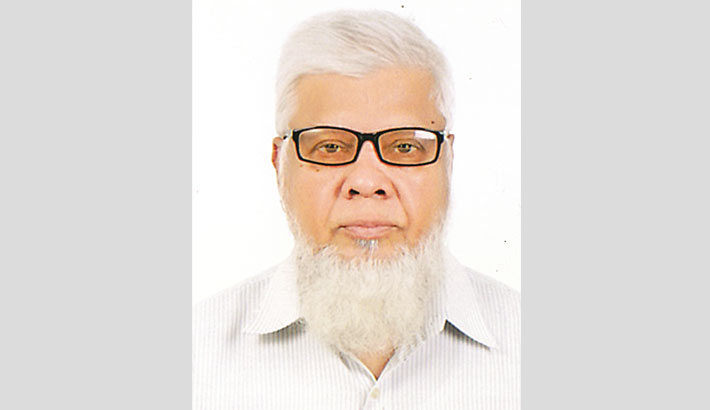 The two projections in this paper relate to Bangladesh and India. Bangladesh projects a budget size of $1 trillion in 2034 in Purchasing Power Parity [PPP]. The current budget is above Tk. 5 trillion which is about 20 per cent of Gross Domestic Product [GDP] in Official Exchange Rate [OER]. Another projection relates to GDP of India.  The current budget of India set a target to reach $5 trillion in 2024 from current GDP of $3 trillion in OER. Both projections bring a subtle difference in the Gross Domestic Product now quoted both in OER and PPP.

The Bangladesh Bureau of Statistics calculates [GDP] in Bangladeshi Currency. Multinational organisations such as the World Bank and the International Monetary Fund express GDP in two ways: First by using OER and secondly by the PPP. The vehicle currency is United Sates Dollar [USD]. GDP calculated on the basis of PPP is gaining ascendancy in recent years for computational easiness through computerisation. Countries are ranked both on the criteria of OER and PPP. The first five countries in OER are United Sates [$20.5 trillion], China [$13.4 trillion], Japan [$4.9 trillion], Germany [$4.0 trillion] and India [$3.0 trillion]. India crossed its colonial master two years back. The current GDP of United Kingdom is$ 2.8 trillion. Canada is in the tenth position with GDP of $1.7 trillion. The GDP of these countries constitutes about 68 per cent of the world’s GDP $85 trillion.

When we look into the GDP in PPP the total GDP of the world is $135 trillion. China is in the top position with GDP of $25.3 trillion; the second position is United States with GDP of $20.5 trillion. India [$10.4 trillion], Japan [$ 5.6 trillion] and Germany [$ 4.4 trillion] are in the third, fourth and fifth position. When we compare the ranking of first ten countries in both OER and PPP, the two countries Italy and Canada are replaced by Russia and Indonesia with GDP of $4.1 trillion and $3.5 trillion respectively.

The GDP of Bangladesh in OER is about $310 billion and in PPP about $1.8 trillion which is close to GDP of Canada in OER. When you compare the GDP in PPP and OER, you will observe a wide divergence in countries such as China, India and Bangladesh because the OER in these countries are undervalued. The OER in China is undervalued to the extent of 40 per cent, in Bangladesh it is over 70 per cent and in India about 60 per cent. The currencies of the Western world are not undervalued to that extent so the divergences between the GDP in OER and PPP are reasonable. The differences of GDP of Canada or United Kingdom are very close when measured in USD or in Canadian Dollar or in British Pound.

Simply speaking, PPP measures the GDP of all countries by the common currency USD instead of domestic currency. Assume Bangladesh abundantly produces spinach which is an important tradable item. The calculation of GDP through PPP considers only the tradable items and excludes non-tradable items such as haircut. The spinach is very expensive is United States. When you calculate the market value of spinach in United States, you get a hefty amount in USD but the market value in Taka will be paltry when converted into USD using OER. This illustrates the beauty of PPP in estimation. A country more productive in producing the tradable items can attain the higher stair in a ladder. The strength of China lies in PPP, the difference between GDP quoted In OER and In PPP in China is over $12 trillion.

Given growth rate of 7 per cent, the GDP of Bangladesh would be doubled in 10 years with the rule of 70. Approximately by 2030, the GDP in PPP would cross the $3.6 trillion, given congenial economic and political condition. This estimate is consistent with the projection by International Monetary Fund and the assertion by the Finance Minister on the inclusion of Bangladesh in G-20. So it is safe to assume that Bangladesh economy would be among the first 20 countries by displacing countries such as Malaysia, Australia and Canada in PPP. On the premise of $1 trillion budget in 2034 as visualised by the Finance Minister, we may judiciously assume that the budget size may be close $1 trillion. However, it depends on the trend of debt/GDP ratio that should not exceed 30 per cent limit.

There are several facets to scrutinise the GDP projection of India. First the required growth rate and second the current state of the economy on unemployment and the overall global environment.  Instead of current average growth rate of 7 per cent, the economy should strive to attain a growth rate of over 8 percent. Indian economy is also plagued with high unemployment rate and banking crisis. There are issues which many social scientists endorse such as “a Zero Infant Mortality Economy, or an Equal Sex-Ratio Society, or a Universal Health Care Economy, or a Zero Net Carbon Emission Economy or a Nobody Goes to Bed Hungry Economy?”

The appropriate thing to understand in development philosophy is embedded in the following quote applicable both for India and Bangladesh. “If the distortions and perversions that have us in a stranglehold are not corrected soon, it will not matter if we become a 5 trillion dollar economy or not for, as Milton Friedman famously remarked:  "So what if it meets all criteria of economic success except one: you cannot live there!"

The writer is a Professor of Economics, United International University. Email: [email protected]