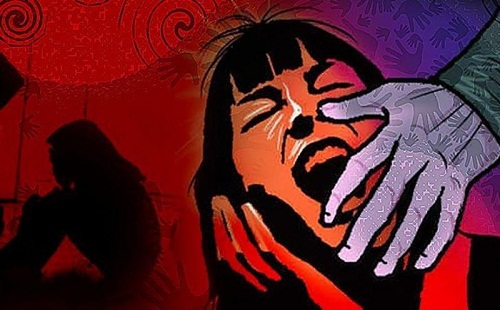 Bangladesh has achieved the status of a developing country thanks to the relentless efforts made by the present government over the last decade. It has made great strides in developing various sectors like ICT, education, communication network, economy, and culture etc. But all these development works are being overshadowed by some melancholic aspects in our society such as rape, mob lynching and drug smuggling. At times these incidents appear so barbaric that it seems the society have been dragged down to medieval darkness.

At this moment our country is fighting major social problems like rape, rumour-led lynching, drug smuggling. Among all these problems rape incidents have increased to an alarming rate.

None from just born infants to hundred year old women have been exempted from the monstrous will of the rapists. Parents are at a loss whether to send their children to school, because none knows the faces of the teachers until someone becomes a victim. And these abuses seldom come to light due to power influence or the powerful coterie intimidates the victim of spreading abjection.

The number of killing after rape is also increasing alarmingly. The houses, which are believed to be safe place for children and girls, are failing to protect them from being raped in the urban areas. A seven year old Saima Afrin was brutally raped before killing by a house guard in the capital’s Wari. The example is not only Saima but thousands of Saimas are being sacrificed due to rapists’ nefarious pleasure for few minutes.

The scenario in rural area is even worse. A neighbour abruptly enters the house in Moheshpur upazila of Jhenaidah and attempts to rape a mother of two children who’s husband lives abroad. And in the villages kidnapping and then raping have become very frequent. The target of the rapists is mainly teens or juveniles but women of any age are unable to escape the curse.

On July 24, the police recovered a body of an eleven year old boy, Abir Hussain, who was raped before being beheaded a night before. Police are still looking for the cut off head of the victim. Writing down these lines makes me numb, give me goose bumps, force me think how brutal the extremists can be.

Abir was a Madrasa Student in Chadanga, son of Mohammad Ali, resident of Kaliganj in Jhenaidah, had been abused several times before being murdered, according to autopsy reports.

Boys are not even safe now. The trend of rape is now spreading its clutch to the boys too. Earlier, the rapist only targeted the female but now the total young generation is becoming an open field for them. The majority of parents in our country possess a mentality of having a male child keeps then tension free of being raped unlike their female child. But the truth is no child is safe nowadays.

Several cases of domestic abuse have been filed where the victims are boys. Though boys are meant to be safe from being a rape victim, social awareness is needed for the boys who are also unsafe and at a risk. School should promote awareness not only for girls but also for boys. Parents should be aware of and open equally to the male and female children talking about sexual abuse.

Our neighbouring country India has long history of male abuse which has been kept intact with influential assistance until an NGO working with media disclosed the stories on air and published the rate of male rape and abuse cases. Though the crime is increasing the society is very reluctant to speak against it.

The female related abuse cases come to light easily as the society has been structured in a way that defamation of female abuse can happen but the male are beyond that. In case of abuse male are more shy than female, I assume. Men don’t intent to come out and speak against the dreadful crime.

What now needs to be done is raising awareness or being bold enough to protest crimes, not in hiding the crimes and letting the crime spread. People say society should work to eradicate crimes. But I ask who the society is? It’s us that make a society. Every individual is the society. So I think it’s our duty to speak up against crimes rather than avoiding our responsibility, pretending to be an outsider from the society. We must make concerted efforts to remove the curse from the face of society.

The writer is a Sub-editor (Online) of Daily Sun. Email: [email protected]