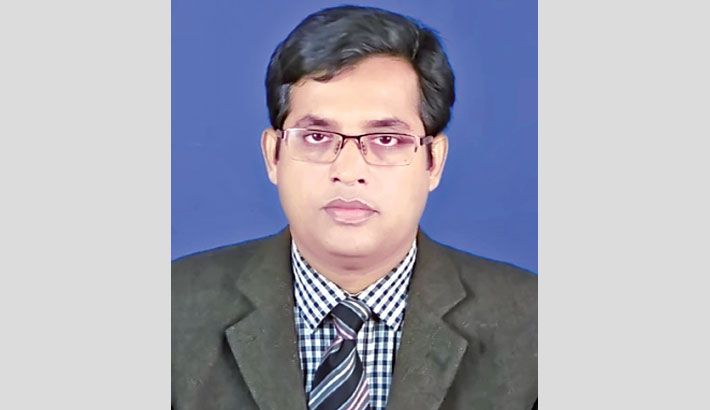 For the last few weeks, several incidents have created a sense of dismay among the citizens of the country. The first event is the rumour concerning the collection of human heads to be used for the construction of PadmaBridge. This news has created a sense of horror among the parents as the head hunters are looking for children's heads.

From several news portals, we have learnt that parents have started restricting the movements of their children outside their homes. Even, in some places, the attendance of students in the school has dropped significantly. This is not the first instance when such rumours got spread in the country. We had heard such rumour during the construction of Bangabandhu Bridge also. This is nothing but a strategy of a vested interest group to create volatility in the society.

The second episode of this rumour has left a heart-breaking consequence in society. People all over the country have started retorting depressingly in response to different rumours concerning the issue of child lifting by suspected people. Most importantly, people on the street have become crazy as they are getting involved in lynching whenever they are suspecting someone as a child lifter without extenuating the truth. Several innocent people have been killed through lynching in different parts of the country. Once they have been killed, it came into light that they were innocent. A couple of incidents that took place in Maghbazar of Dhaka and Siddirganj in Narayanganj have touched the conscience of the majority of the countrymen. An innocent mother, Renu, who went to a school to seek admission related information for her four years old girl was killed though lynching by a mob who suspected her as a child lifter. On the other hand, a deaf father was killed based on the suspicion as a child lifter who could not even justify him as an innocent father.

These incidents have created tension among the conscious human beings in society. Of course, the people who would get involved in any kind of illegal activities must be brought under punishment. But, this has to be done through the legal procedure. If someone is found guilty or if someone is caught red-handed while lifting a child he or she must be brought under the legal procedure. The people in the society reserve the right to hold him or her but they do not have any right to kill someone through lynching. This is an act of cruelty that should not be supported. No one can be punished without providing an opportunity of hearing.

Now, a pertinent question is: what needs to be done to stop this sort of callous incidents that are compelling innocent people to accept death. First of all, we all should organise social movements against these wild people who are getting involved in these activities. The government law enforcement agencies should remain cautious about these incidents. Those who would get involved in lynching must be given an exemplary punishment. Of course, the law enforcement agencies have arrested several people who got involved in different incidents of lynching. But, they will have to find all of them who remained involved in such incidents throughout the country.

Now, one may wonder why such incidents are taking place in the country. Such an incident is the result of overall dilapidation of the societal values that are making people insensitive. There is an uneven competition among the countrymen to preserve individual interest at the cost of humanity. Egocentricity is driving people to get involved in unscrupulous activities. Such degradation is not new in our society. Rather, this is the impact of long-time dilapidation of societal values.

We have failed to build the moral standing of our young generation. They are getting morale education neither at school nor at home. The existing education system at the primary level has failed to strengthen the moral standing of the students. Along with the weak curriculum, the quality of teachers is also responsible for this sort of degradation.

We all should bear in mind that the foundation of a building determines the durability of the construction. Thus, primary education needs to be considered as the foundation of human life. If these students could start to differentiate between good and bad in their early life, they would become a conscious citizen of the country at their adult age. Unfortunately, every successive government has paid attention to the quantity without providing adequate emphasis on the quality of education from primary to tertiary level. Instead of paying attention to the issue of a higher percentage of the students completing the schools, the government should work hard to make them astute human beings.

As an ordinary citizen of the country, I became speechless when I saw Tuba, an unfortunate daughter of Renu, to write “Tell them, my mother was not a child lifter”. It creates burning at my heart because I am also the father of a daughter. I could feel the pain that she is trying to cope with after losing her mother who was violently killed in a lynching. I do not have any word to express my revulsion to those cracked people who got involved in all the recent incidents of lynching without knowing whether the accused is a child lifter or not. These people should be brought before the legal system and be punished in a speedy trial. Thus, we do not have anything to do other hand begging mercy to the little daughter of Renu who has lost the most precious gift of her life only because of the futility of a group of people.

To deal with the ongoing tensions concerning the rumour of child lifting and lynching, the government should first try to identify those who have been spreading different types of rumours through social media. In the meantime, the law enforcement agencies have already identified a number of them. But, they need to identify more. The law enforcement agencies along with peoples' representatives and local elite should hold dialogues at the community level to increase the level of awareness of the community people. The government should also engage print and electronic media to increase the level of awareness of the people in this regard. The people of the country should understand that they do not have any right to get involved in lynching to kill someone even if he or she is accused of getting involved in any illegal activity. They could remain vigilant but the accused must be handed over to the law enforcing agencies to face the legal battle. I strongly believe that a vested interest group is spreading such rumours in order to attain a particular objective. They are trying to create some sort of societal disorder for attaining their goals. We all should remain united to face them and bring back societal order to make sure that we will not lose any Ranu any time in future.