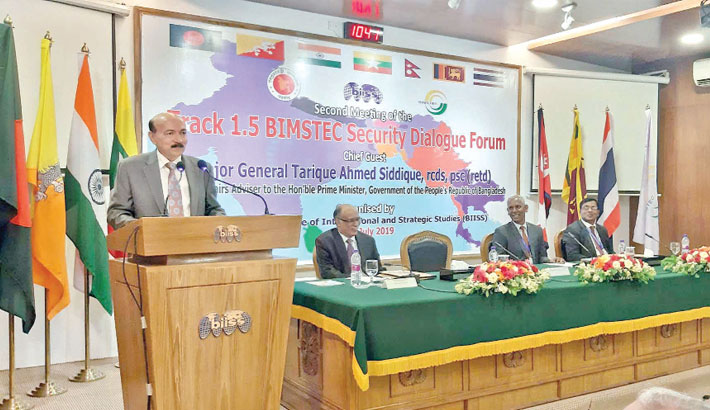 The security adviser said this while speaking at the “Second Meeting of Track 1.5 BIMSTEC Security Dialogue Forum” as the chief guest at Bangladesh Institute of International and Strategic Studies (BIISS) auditorium.

Speaking on the occasion, Tarique Ahmed Siddique said Bangladesh is now in a position to talk to its neighbour Myanmar with tremendous international support from various countries.

Prime Minister's Security Affairs Adviser also feared that over 1.1 million nationals of Myanmar will pose security threat not only to Bangladesh but also the countries in this region. Highlighting various security threats, the security affair adviser said cooperative security is an ideal approach to address the regional security.

NGOs are mainly trying to make Rohingyas stay here comfortably, but not doing anything to create a safe environment in Myanmar for their repatriation, he said.

“I always say, please do something on the other side. Otherwise, these people won’t dare to go back because they will find themselves again in an awkward position.” The adviser said Bangladesh has always shown firm commitment towards stronger regional cooperation and BIMSTEC is an outcome of that commitment.