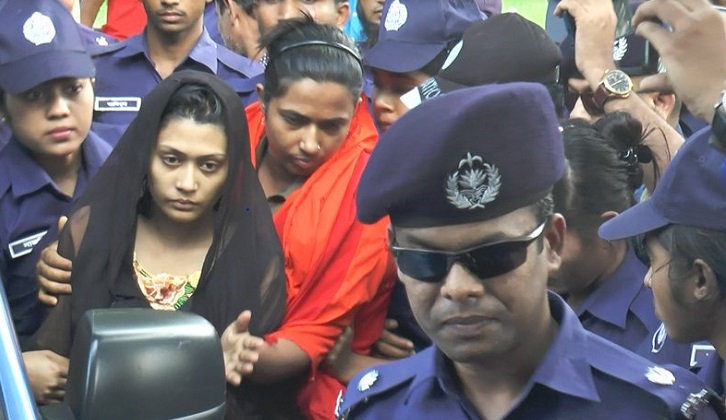 A Barguna court on Tuesday rejected a petition seeking bail of Ayesha Siddika Minni, wife of slain Rifat Sharif, in a case filed over his murder.

Minni turned from a witness to an accused in the sensational murder of Rifat Sharif, who was killed in broad daylight outside Barguna Government College on June 26. CCTV footage of the incident that went viral on social media sparked protest across the country.

Judge Asaduzzaman of Barguna District and Sessions Judge’s Court passed the order after hearing of the petition for four hours starting from 11:00am, defence lawyer Advocate Mahbubul Bari Aslam told our Jhalokathi correspondent.

On July 16, police arrested Minni after a daylong interrogation. A court placed her on a five-day remand the following day.

Minni gave a statement confessing her part in the murder before a Barguna court on July 19.

Rifat, 25, an internet service provider, was indiscriminately hacked by a group of youths there.

The victim’s father filed a murder case with Barguna Sadar Police Station against 12 people on the same day.

Prime accused Nayan Bond was killed in a gunfight with police on July 2.