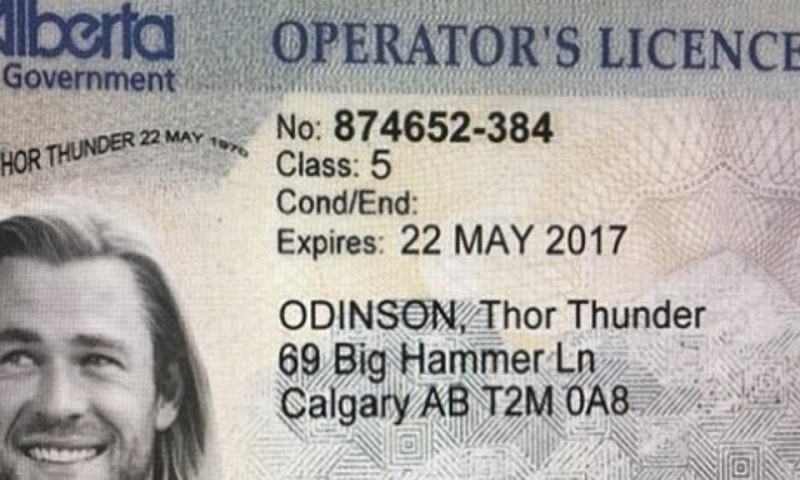 Someone recently tried buying marijuana over the Internet in Canada. Although buying weed is perfectly legal in the country, it’s the ID used by the person that has created a buzz online. It turns out that the name on the ID claims that it belongs to ‘Thor’ – the Marvel World superhero.

Further, the image used in the identification card added to the hilarity as it had Chris Hemsworth’s (the actor who plays the character of Thor in Marvel movies) picture on it.

Wait, the story is not over yet. The licence also portrayed some Thor-specific information like the person’s full name - Thor Thunder Odinson. Not to forget the address listed, which reads, “69 Big Hammer Ln.” Like a cherry on the top of a cake, another tiny detail shows that the card expired on May 22, 2017.

Twitter user @cottoncandaddy, on July 17, took to the micro-blogging site to share the image of this hilarious ID card. “My sister works for an online weed dispensary and I’m losing my mind rn,” she wrote.

Twitter is buzzing with questions about the licence. Many were concerned about Thor weighing only 68 kgs, as in the last Avengers movie he was well-past that weight. However, there were a few who were simply amused, reports Hindustan Times.