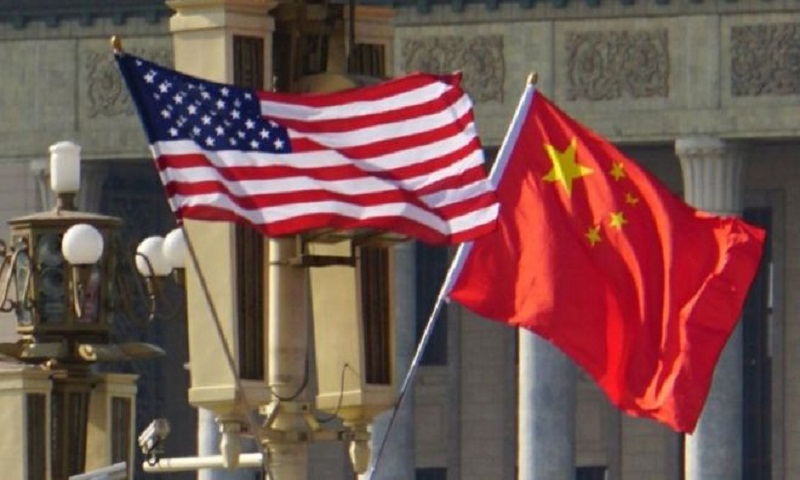 Top trade negotiators from the US and China are meeting for the first time in almost three months on Tuesday to try and do a deal, but expectations are low.

Still, while there's been an apparent lull since the two sides last sat down and talked, there's been plenty going on under the surface.

There's now fresh evidence to show just how much the trade war is hurting both China and the US.

Here are three sore points between them that are adding yet another layer of complexity to the negotiations.

Much ado about Huawei

The US is stepping up its attacks on Huawei. In May, the US slapped an export ban on American companies from selling to Huawei on national security grounds.

While this didn't cripple Huawei's business, it rattled the tech sector around the world.

Companies from Japan to the US were worried about the impact of the ban on their supply chains, as they too carried products for Huawei with US parts inside.

But suddenly in June at the G20 summit, US President Donald Trump appeared to soften his stance on Huawei, by announcing that the US would allow some American companies to sell to the Chinese firm.

Since then, though, there's been confusion in the Trump administration over which companies can sell their products to Huawei and what they can sell.

Back in Beijing, there's a sense that this move by President Trump was less a carrot to China and more about listening to the powerful US tech lobby, which had complained it was being shut off from a paying customer.

For China, Huawei is about more than just business. It is a national champion.

Beijing sees the US move as an attack not just on Huawei, but on China's ambitions to succeed on the international stage.

Still, President Trump's apparent U-turn on Huawei doesn't mean that Washington is letting the Chinese company off the hook.

It has become the bogeyman the US uses as a symbol of everything that's wrong with the Chinese economy, accusing Huawei of receiving state support and of close links to the Chinese government - all of which the firm denies.

One of the key sticking points between China and the US has been agriculture.

The trade dispute has seen Beijing target US farmers, including those supplying agricultural products such as meat, grains and soybeans, in retaliation for tariffs on Chinese products.

But in an apparent goodwill gesture at the weekend, ahead of the talks, China said it had bought several million tonnes of soybeans from the US since President Trump and President Xi met at the G20 in June.

A clear signal from the Chinese that they are willing to buy more grains from the US would be seen as positive by Washington, helping to smooth over sensitivities on agriculture.

Beijing has indicated it could buy more agricultural products from the US.

But a lot will hinge on how the talks go over the next few days and how much trust can be built between the two sides.

That lack of trust between China and the US is filtering into the real world.

In just the last three months, we've seen another wave of data that shows fresh cracks in the global economy due to the trade war.

Exports from China and the rest of Asia are falling at a dramatic pace.

Part of the reason is China's slowdown, but the other reason is increasingly the trade war.

Companies are holding off on expansion plans as they decide whether to move out of China, which means new factories aren't being built and new jobs aren't being created.

That's led to fresh warnings about the risks that the trade war poses to the global economy from institutions such as the International Monetary Fund (IMF).

The IMF cut its growth forecasts for the global economy for this year and the next, citing the trade war as one of the key reasons.

Meanwhile, US economic data on Friday showed that the US economy grew less than previously thought last year.

The figures showed that foreign trade and business investment shrank as the US continued its trade war with China.

All of this underlines just how important it is that the US and China come to a resolution on trade.

But given that the last three months of no talks have seen them grow even further apart, negotiations are in an even more precarious state than before.