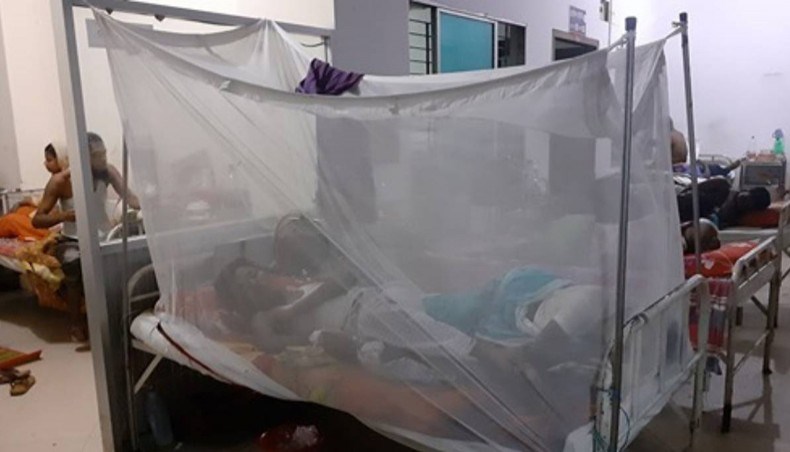 Three more people including two women have died of mosquito-borne dengue diseases in Dhaka and Barishal.

In Dhaka, Farjana, 42 died of dengue fever at Intensive Care Unit (ICU) of Dhaka Medical College and Hospital (DMCH) in the Capital on early Tuesday.

The death toll in the dengue outbreak at the hospital reached to 8 with the demise of Farzana.

Aslam was admitted to the hospital on Monday night with dengue fever and he died there around 3:15am, said Dr Bakir Hossain, director of the (SBMCH).

Infected with dengue, Sohel was also taken to the hospital on Monday. He lost his battle to the dengue virus around 9:00 am, Dr Bakir said.

Currently, a total of 24 patients infected with dengue are taking treatment at the hospital while 39 others were discharged after treatment, he said.

Meanwhile, some 1,096 people suffering from dengue fever were hospitalised across the country in the last 24 hours till 8 am on Monday, showing a gradual rise in the number of such patients over the last several days.

According to the Directorate General of Health Services (DGHS), the number of dengue patients was 824 on Sunday while 683 on Saturday, 603 on Friday and 547 on Thursday.

The dengue has now spread to 50 districts of the country.

From January 1 till the date, there have been 13,637 confirmed dengue cases.