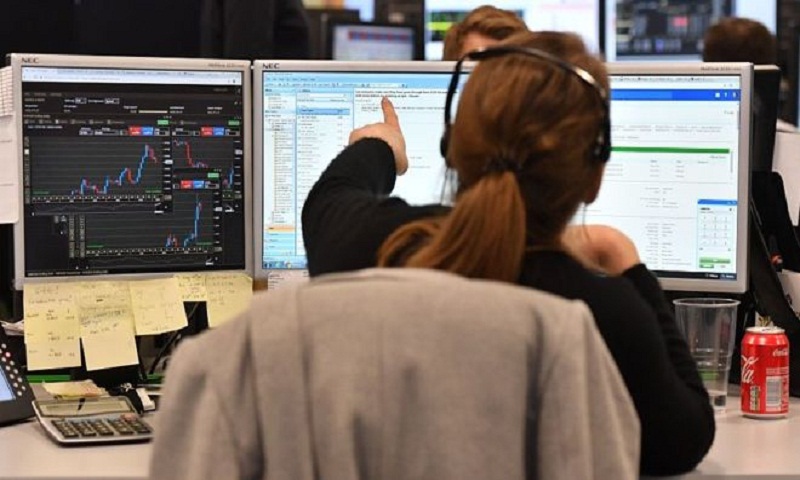 The pound sank to a 28-month low against the dollar as Boris Johnson's government toughened its rhetoric on Brexit.

The currency could fall further, according to analysts at ING Group, as traders appear to have been betting on a last-minute deal being reached.

Many business lobby groups have asked that no-deal be withdrawn as an option to keep investment flowing into the UK.

The pound dropped after "the events over the weekend, where the current stance of the new government became clear", said Petr Krpata, a currency strategist at ING Group.

Michael Gove, who is in charge of planning for no-deal, has said the UK government is currently "working on the assumption" of that very outcome.

He said his team still aimed to come to an agreement with Brussels, but writing in the Sunday Times, he added: "No deal is now a very real prospect."

Mr Krpata says ING Group's assumption is that an early election will take place and that the pound will sink as low as €1.05 and $1.18.

Sterling suffered today, at the worst possible time for holidaymakers, as the probability of leaving the EU without a deal rises. It dropped to its lowest level versus the dollar since the Article 50 process began in March 2017, just about staying above $1.22.

It reached a two-year low versus the euro of below €1.10. The weakness is now broad based - there was also a fall against the Yen. It is now a trend, down between 6% and 9% against the major currencies since the beginning of May.

This will mean rising consumer prices. The rough rule of thumb would see this 6% trade-weighted fall add about 1 percentage point to inflation, enough to complicate the decisions of the Bank of England over interest rates.

In theory, a lower pound helps some exporters and, for example, the domestic UK tourism industry. But so much of our manufacturing base needs to import components in order to make those exports, that this effect has not been strong in the years following the significant pound devaluation after the 2016 Brexit vote.

Currencies fluctuate, of course, but the path for the pound has been firmly down, as markets start to calculate that the odds on No Deal are far closer to evens than, as the PM has suggested, "a million to one".

During a visit to Scotland, Mr Johnson said the existing withdrawal agreement negotiated with European leaders was "dead" and had "got to go".

EU member nations have said renegotiating the deal is not an option.

Today's prices mean even fewer euros and dollars at the bureau de change for holidaymakers. At the Post Office, £1 buys €1.0817 or $1.2041, according to its website.

Separately, UK government debt prices gained as traders bet on a higher chance that interest rates will be cut.

The country's 10-year bonds, considered the benchmark, are changing hands for a price that yields as low as 0.627%, the lowest in nearly three years. This implies that the cost of borrowing for the government has fallen.