Be Careful of What You Utter 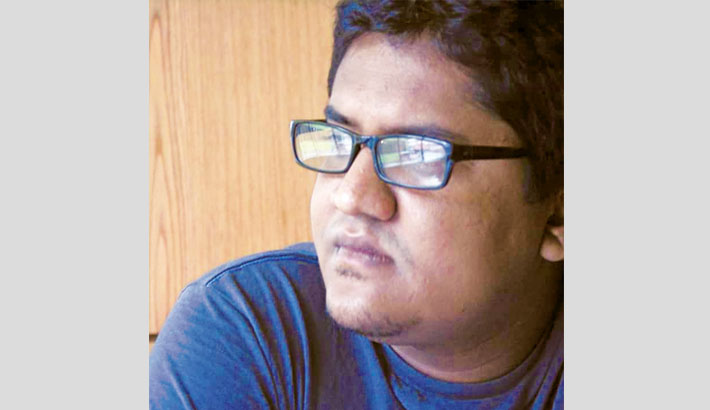 Can you remember Altaf Hossain Chowdhury? Well, forgetting is a fundamental human trait. As time goes on, we forget things. In fact, forgetting helps us overcome times of sadness and mourning. However, we should not forget everything; rather learn from history. Let’s come to the point. A child was killed in crossfire of criminals in 2002. After visiting the spot Altaf Hossain Chowdhury, former home minister and Bangladesh Nationalist Party (BNP) leader, told reporters that “God had taken back a soul and nothing could be done about it (Allar mal Allah niyechey)”. How insensitive!

Relevant authorities currently are making insensitive comments about the dengue fever whereas the disease has reached ‘epidemic proportions’ in Bangladesh and is breaking all past records. Dengue is a mosquito-borne viral infection, which is found in tropical and sub-tropical climates worldwide, mostly in urban and semi-urban areas. According to the World Health Organization (WHO) the infection causes a flu-like illness, and occasionally develops into a potentially lethal complication called severe dengue. According to the Directorate General of Health Service (DGHS) a total of 10,528 people have been infected by the dengue virus in the country so far. The country is counting the record number of dengue patients in the last 18 years, the DGHS data said. However, the WHO recently said that the dengue situation is alarming in Bangladesh, but not out of control. In 2008, there were only 1,153 identified dengue patients in the country with no casualty reported. In 2018, the number rose to 10,148 with 26 deaths.

The High Court Division recently gave Dhaka North City Corporation and Dhaka South City Corporation a time limit up to 30 July to eradicate aedes mosquitos from the capital. In a verbal order, a bench of the High Court Division directed the government to submit report what steps had been taken by the Health Services to prevent private hospitals from charging exorbitant fees for diagnosis of dengue patients. The court also directed the health ministry to open a cell to monitor whether or not the government hospitals were providing free treatment to dengue patients.

The dengue epidemic has assumed alarming proportions with the number of patients and the death toll climbing steadily. But Dhaka South Mayor Mohammad Sayeed Khokon has said conspirators are spreading rumours about dengue, just the way kidnapping rumours ran rife across the country. He also assured that the government will tackle the dengue surge strongly the way it is doing in its effort to dispel the rumours about kidnapping. What a pity!

Health minister Zahid Malik compared Aedes mosquito’s geniture power to the Rohingyas. According to the minister, the “simple” reason behind the rise in the mosquito-borne fever, fatal in some cases, is the rise of Aedes. He further mentioned that these mosquitos are very healthy and sophisticated. They live in the cities, homes. That’s the simple answer. The minister also said, “somehow we could not manage to control the mosquito population which is rising like the Rohingya population in our country. There would have been fewer dengue cases had the Aedes production been controlled.” What a joke!

This is not the end of the story. Sayeed Ahmed Raja, the lawyer for DSCC said in court, “The insecticides used by the corporation were effective, but mosquitos have become resistant to the insecticides. That’s why the two corporations have decided to raise the levels of insecticides while spraying in the drive.” Like corporation, like lawyer!

However, amid the circumstances, the Prime Minister’s Office asked the authorities of the two Dhaka city corporations to strengthen their anti-mosquito drives to check dengue. A monitoring cell has been formed to tackle the dengue outbreak. Mentioning that there is no scope to take the dengue issue lightly, Road Transport and Bridges Minister Obaidul Quader advised the health minister and city corporation mayors to talk responsibly over the problem.

There had been huge controversies across the country after Shahjahan Khan’s comment that a driver can be given licenece if he can differentiate between a cow and a goat. And his smile over deaths of two students also created a dangerous situation in the country.

Authorities concerned shouldn’t tell anything which will put the government in an embarrassing situation.

A great political leader is one who puts the good of the people before personal gain. A caring leader is enthusiastic and inspirational. These positive emotions are felt by the people. When people feel that they are taken care of economically, socially, and politically, it makes them feel secure and happy. When people are in a better frame of mind, a happy society is created. A happy society leads to a strong nation. Under Sheikh Hasina’s farsighted and strong leadership and people-oriented activities Bangladesh is moving ahead.

Effective political leaders are self-aware. They have a good understanding of their strengths and weaknesses. They are able to utilise their talents to their fullest potential, and they are able to recruit those that have the skills necessary to balance their weaknesses. They seek constant feedback about their personalities and their behaviours so that they can respond appropriately in different situations. This flexibility in different situations is one of the most important behavioral characteristics that leaders possess.

Our politicians have learnt nothing from history. They have learnt nothing from Bangabandhu Sheikh Mujibur Rahman, the Father of the Nation. Bangabandhu closely monitored the problems of the people. He was a towering personality in the cause of the people. As a leader he was kind hearted and loved his people with all his dedication. He was easily accessible and even his political antagonists had faith in him for his generosity. As the people’s supreme leader he believed in keeping the nation united for him to be the leader of the whole nation, not of a particular section of the people. Do our political leaders really follow his principles? Do our political leaders respect the political philosophy of Bangabandhu?