Modi has gone on safari with Bear Grylls (Video) 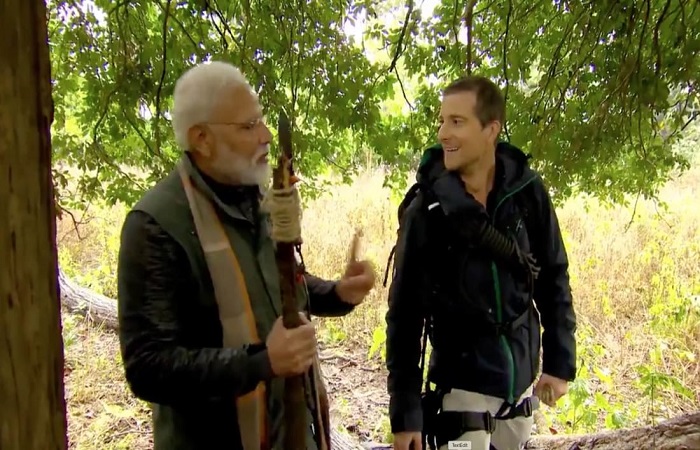 India's tiger population has increased by a third in the last four years to almost 3,000 animals, according to a national survey.

There were 2,967 tigers in India in 2018, according to the National Tiger Conservation Authority (NTCA), which performs the survey.

This represents a 33% increase compared to the last survey in 2014, according to a statement from the NTCA, and continues population growth that has been observed since 2006.

Fewer than 4,000 tigers remain on Earth, according to the World Wildlife Fund says. Most live in reservations in India, where killing a tiger can result in jail time.

Modi, who will appear in a special edition of Grylls' TV show "Man Vs Wild" to be aired August 12, said the results show India is one of the world's biggest and most secure habitats for tigers.

"The results of the just declared tiger census would make every Indian, every nature lover happy," tweeted Modi.

Grylls tweeted a teaser video of the program in which he and Modi can be seen exploring the Indian wilderness.

"People across 180 countries will get to see the unknown side of PM @narendramodi as he ventures into Indian wilderness to create awareness about animal conservation & environmental change," wrote Grylls.

On his own Twitter account, Modi posted a series of tweets arguing that environmental considerations do not need to hold back India's economic development.

While infrastructure projects have continued to be built, India has seen an increase in both forest cover and the number of protected areas, said Modi.

As a result, Modi maintains India doesn't have to choose between development and environmental protections.

"In our policies, in our economics, we have to change the conversation about conservation," he added.

According to the Forest Survey of India from the Ministry of Environment, Forest and Climate Change, the country gained 6,778 square kilometers (2,617 square miles) of forest cover between 2015 and 2017, when the latest assessment took place.