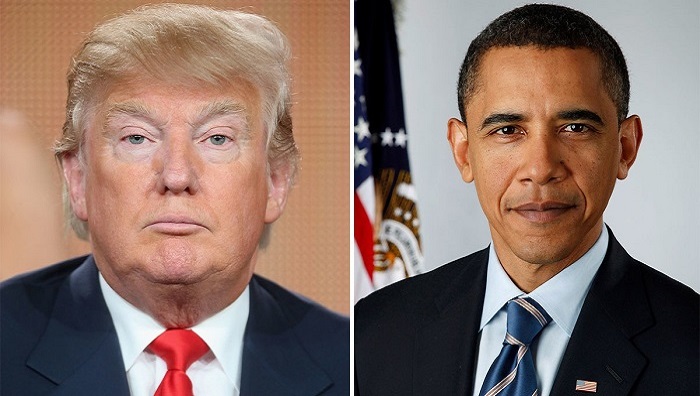 Former US President Barack Obama has shared a letter on his twitter handle by former members of his administration that rebuked racism in American politics and called out President Donald Trump for his racist comments made against four Congresswomen of colour.

Obama on Saturday tweeted, “I’ve always been proud of what this team accomplished during my administration. But more than what we did, I’m proud of how they’re continuing to fight for an America that’s better.”

In the op-ed titled, “We are African Americans, we are patriots, and we refuse to sit idly by”, the former Obama administration officials vowed to stand up against the “racism, sexism, homophobia and xenophobia… wielded by the President (Trump)”.

“There is truly nothing more un-American than calling on fellow citizens to leave our country — by citing their immigrant roots, or ancestry, or their unwillingness to sit in quiet obedience while democracy is being undermined,” they wrote.

The letter was written as a reaction to Trump’s tweet that the four minority lawmakers should “go back” to the places they came from.

Earlier this month, President Donald Trump in a series of tweets, said, “So interesting to see ‘progressive’ Democrat Congresswomen, who originally came from countries whose governments are a complete and total catastrophe, the worst, most corrupt and inept anywhere in the world (if they even have a functioning government at all), now loudly and viciously telling the people of the US, the greatest and most powerful nation on earth, how our government is to be run.”

During a press conference, the four women had condemned Trump’s remarks but said that not so much attention must be paid to this latest “distraction” by the President.

Trump reportedly post the tweet after a crowd of his supporters at a campaign rally chanted “Send her back!” at the mention of US Representative Ilhan Abdullahi Omar, a Somali refugee who became a US citizen in 2000.