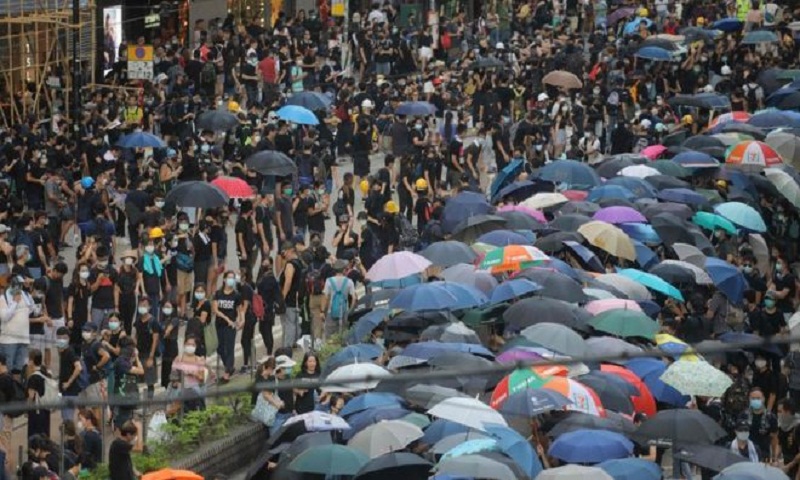 Tens of thousands of protesters have taken to Hong Kong's streets, blocking major roads and defying a police ban.

Police had given permission for a rally in Chater Garden, but warned that protests outside the park were illegal.

On Saturday, police fired tear gas and rubber bullets at another pro-democracy protest in Yuen Long, in the north.

It is ranked as one of the safest cities in the world - but recent protests have been followed by violent clashes between demonstrators, police and masked men wielding sticks, who are suspected of being criminal gang members.