Space travel is a business now 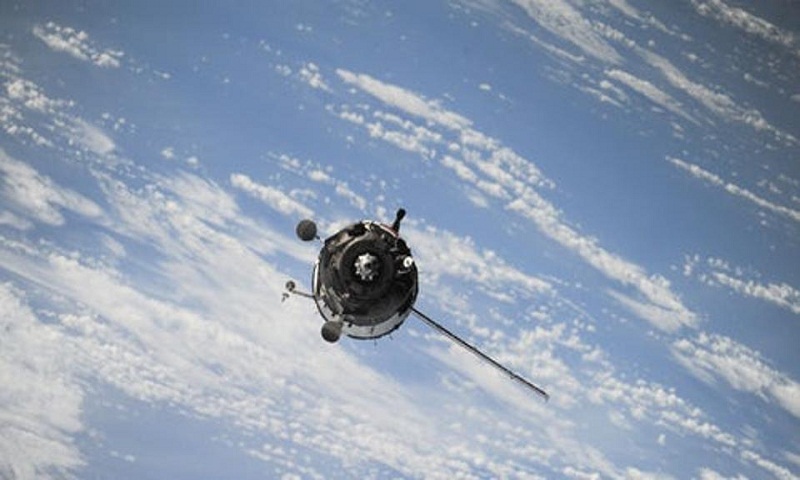 Much of the commentary celebrating last weekend’s anniversary of the spaceflight that brought men to the moon rightly focused on the sheer scale of the accomplishment. But now that the Champagne bottles are empty, it’s worth considering the economic lessons that outer space holds.

One is the central role governments play in the provision of public goods. These types of goods are unusual in two respects: no one can be excluded from consuming them, and one person’s use of the good doesn’t diminish another’s. Left on its own, the private market would not produce the amount of a public good that is best for society.

The Apollo moon-landing program was a public good. All Americans consumed the same amount of national pride and human achievement 50 years ago when Neil Armstrong and Buzz Aldrin walked on the moon. One objective of the program was to beat the Soviet Union in space exploration. This required centralized government action, and the U.S. spent an astonishing $7 out of every $1,000 of national income on the budget of the National Aeronautics and Space Administration in the mid-1960s.

In a paper published last year, the economist Matthew Weinzierl documents what came next. After having defeated the U.S.S.R. in space, NASA faltered in the absence of a clear objective. The space shuttle program had mixed results, and after operating for three decades was ended in 2011, leaving the U.S. unable to put a human back in space.

During this period the U.S. government changed its relationship with space exploration. A presidential commission came to this conclusion in 2004: “NASA’s role must be limited to only those areas where there is irrefutable demonstration that only government can perform the proposed activity.”

For roughly the past decade, the commercialization of space has advanced at a rapid clip. Weinzierl lists several dozen active companies. Some are “space access” companies, which focus on launching people and payloads into space. Some are “satellite data and analytics” companies. “Habitats and space station” companies plan to allow for manufacturing, research, and tourism in low Earth orbit, altitudes between roughly 100 and 1,300 miles. Other companies want to mine asteroids and colonize the moon and Mars.

Weinzierl reports that investment in startup “New Space” firms has increased by a factor of five over the past two decades, from less than $500 million per year during the 2000s to roughly $2.5 billion per year in 2015 and 2016. Financing for these companies comes in part from entrepreneurs wealthy enough to handle the high fixed costs that come with entering the market for space commerce, including familiar names like Elon Musk, Jeff Bezos, Richard Bransonand Paul Allen.

The economic lesson from this exciting activity is as familiar as the importance of government-provided public goods: Markets, with their ability to aggregate information, foster innovation, and allocate resources and capital, are well suited to develop this new commercial sector. And the enormous potential profits from space commercialization attract investors and entrepreneurs willing to take significant risks.

This new sector shows the importance of other lessons, as well. For example, the role of externalities in private markets. Weinzierl reports that there are currently in low-earth orbit an estimated 23,000 objects larger than 10 centimeters in diameter, 500,000 between 1 and 10 centimeters, and over 100 million smaller than 1 centimeter. The amount of space debris increased dramatically on Feb. 10, 2009, when a U.S. communications satellite collided with a defunct Russian satellite, and, two years before that, when China destroyed a weather satellite with a missile. Over the past two decades, the amount of space debris increased by roughly 67 percent.

Even tiny pieces of space debris can inflict enormous damage on satellites, spacecraft and space stations. One solution would be to impose a tax on debris, raising the price of creating it. But nobody has the authority to impose taxes in space. Another standard solution would be to assign property rights to the debris to a relevant commercial party. But there are no property rights in space.

Opportunity cost permeates the discussion of space exploration. Would the dollars spent exploring the cosmos be better used to solve problems on earth? The economic problem of discounting — figuring out how much benefits in the future are worth in the present — is central to both government and commercial space activity. A compelling argument to colonize Mars — and, more broadly, to become a spacefaring civilization — is insurance against the risk that the human species is vulnerable to extinction if it inhabits only one planet. But those risks may not materialize for centuries. How important is the welfare of our great grandchildren’s great grandchildren? How much investment should we make today on their behalf?

These questions don’t have easy answers. And economics is not foremost in most peoples’ minds when they think of space exploration. But the days when that is true are numbered.

As space becomes commercialized, the profit motive will push humanity out of its cradle and into the stars.

Michael R. Strain is a Bloomberg Opinion columnist. He is director of economic policy studies and resident scholar at the American Enterprise Institute. He is the editor of “The U.S. Labor Market: Questions and Challenges for Public Policy.”

(This story has been published from a wire agency feed without modifications to the text.)