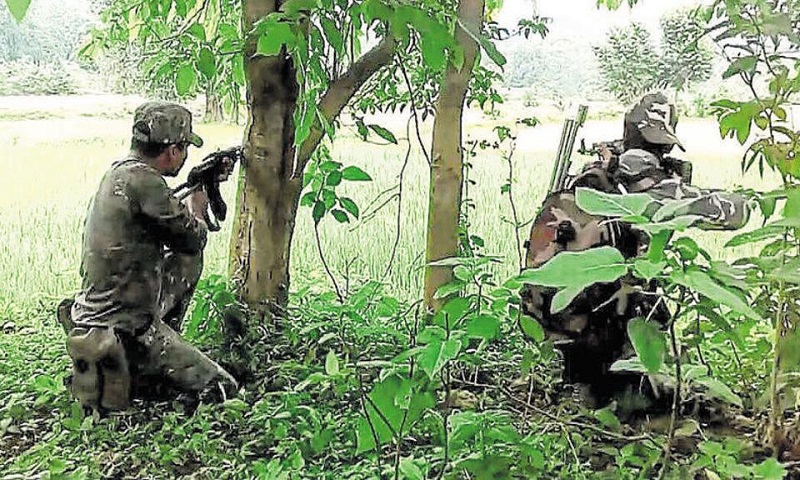 Seven Maoists, including three women, were killed in an encounter Saturday in Bastar district of Chhattisgarh. Senior police officials said the encounter took place near Tiriya, near the Odisha border, between the Maoists and members of the District Reserve Guard and the Special Task Force, as well as the CRPF. Police have not reported any injuries or fatalities to security personnel.

P Sundar Raj, DIG (Anti Naxal Operations) said that on July 26, there was specific intelligence about the presence of a team of Maoists, numbering between 40 and 50, in the jungles near Tiriya-Machkot under the Nagarnar police station limits.

“The exchange of fire broke out in earnest at around 3.30 pm this afternoon. Search operations after the exchange of fire revealed seven dead bodies of Maoists, including three female cadre,” he said. The bodies are being brought to Jagdalpur for identification, police officials said. One INSAS rifle, four .303 rifles, and other muzzle loading weapons and camping material have been recovered from the spot.

Sources said that the Maoists had set up camp in the jungles, attempting to reassert their authority on an area that is considered to be slipping away rapidly. “They had set up a camp with sentries in the forested patch, and the sentries were driving villagers away from the area even as they went to and from daily and weekly bazaars. Once the information was received, a team left on Friday morning, and spent the night in the forest. The first exchange of fire with the sentries was actually around noon. But the Maoists tried to escape, but the teams were in good formation, and an extended exchange of fire took place then in the afternoon,” said a senior officer.

The Odisha state police were also kept in the loop, sources said. “The presence of the INSAS rifle means that senior cadre were present. Determining whether they are among the dead will only happen after the bodies are brought to Jagdalpur and identified,” said senior officers, reports The Indian Express.