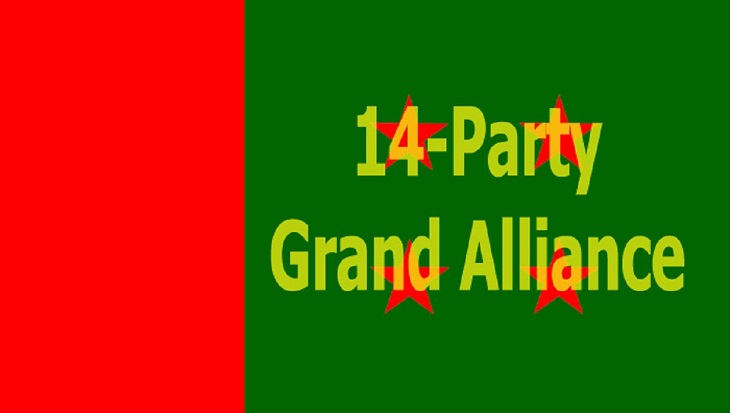 The Awami League-led 14-party alliance will hold a meeting with professional organisations on Sunday.

The meeting will be held at the AL central office in the city’s Bangabandhu avenue area at 11:30am, said a press release on Saturday.

Mohammad Nasim, the 14-party spokesperson and AL presidium member, urged all concerned to attend the meeting in time.

Besides, members of the AL secretariat will sit in a meeting on Monday, said a separate press release.

The meeting will be held at 11am at AL President Sheikh Hasina’s Dhanmondi political office in the city.