Rumour being spread with political motive: B Chy 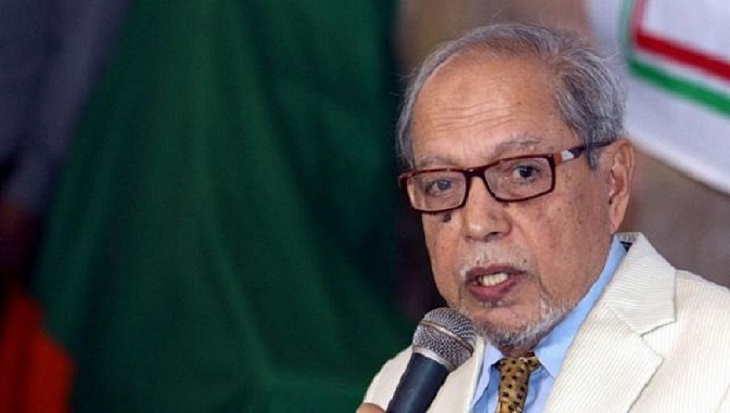 President of Bikalpa Dhara Bangladesh (BDB) Prof AQM Badruddoza Chowdhury on Saturday alleged there is a political connection with the rise in crimes and social unrest.

“The conspirators are spreading rumour with a political motive that human heads are necessary for the construction of Padma Bridge,” he said.

Speaking at a discussion, the BDB chief further said, “Political motive is also a reason behind the increase in social unrest and crimes. The political parties involved with it to destabilise the country have no patriotism.”

B Chowdhury, also a former president, urged the government to take necessary steps to ensure people’s safety so that people can stay at home safely and move outside without any fear. “The politics of peace and happiness must be established in the country.”

He alleged that some people are trying to create communal hatred against Bangladesh by bringing false allegations abroad. “The recent remark in America by the wife of a senior government official (about disappearance of minority people) is indecent and unacceptable.”