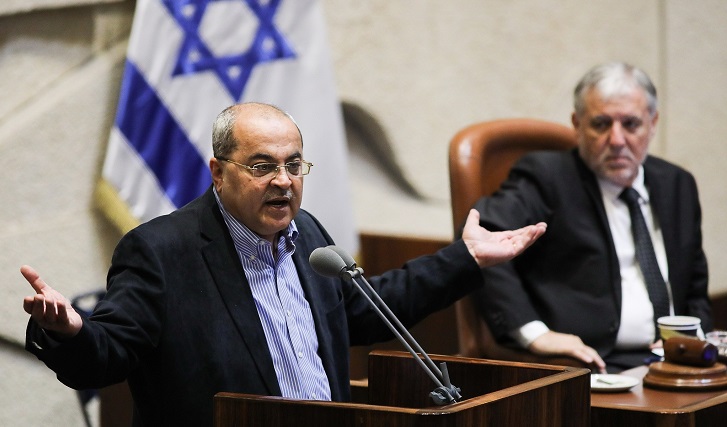 Leading Israeli-Arab parties said on Saturday they had formed an alliance to fight in September's general election, the latest merger of smaller parties seeking to oust Prime Minister Benjamin Netanyahu.

Lawmaker Ayman Odeh, whose mainly-Arab Hadash party is already in alliance with Arab Taal, said they had been joined by the Raam party and would run under the name of the Joint List, as they did in the 2015 election.

"I am happy to announce that we have reached agreements which will allow us to reform the Joint List," he told a press conference in the Israeli Arab city of Nazareth, footage from which was shared on social media.

"We shall apply all our political weight to bring down the Netanyahu government," he added.

"Only a strong Joint List will topple the right-wing government," said Odeh, who will head the revived alliance, according to a statement.

The fourth member of the 2015 alliance, Arab nationalist group Balad, was expected to say on Sunday if it would rejoin, Israeli media said.

The Joint List won 13 seats in the 2015 polls, making it the third largest grouping in the 120-member parliament.

In April this year the parties ran in two pairings: Hadash-Taal and Raam-Balad, which between them won 10 seats.

The union between Balad and Raam, which represents the moderate wing of the Islamic Movement in Israel, barely scraped across the electoral threshold of 3.2 percent of votes cast -- the minimum for entering parliament.

Hadash, which has its roots in the former Israeli Communist Party, has one Jewish MP in its otherwise Arab parliamentary ranks.

Israeli Arab parties represent the descendants of Palestinians who remained on their land when Israel was created in 1948 and constitute nearly a fifth of the country's population.

On Thursday, the left-wing Meretz and the new party of former Israeli prime minister Ehud Barak formed an alliance to boost their chances in the coming general election.

Like Raam-Balad, Meretz barely passed the threshold in the April polls, which saw Netanyahu and his right-wing and religious allies win the most seats but fail at the last minute to forge a viable coalition government.

He then called new elections for September 17.

Netanyahu is aiming at a sixth term as premier while under the threat of possible indictment on bribery, fraud and breach of trust charges.