Guatemala signs migration deal with US after Trump threats 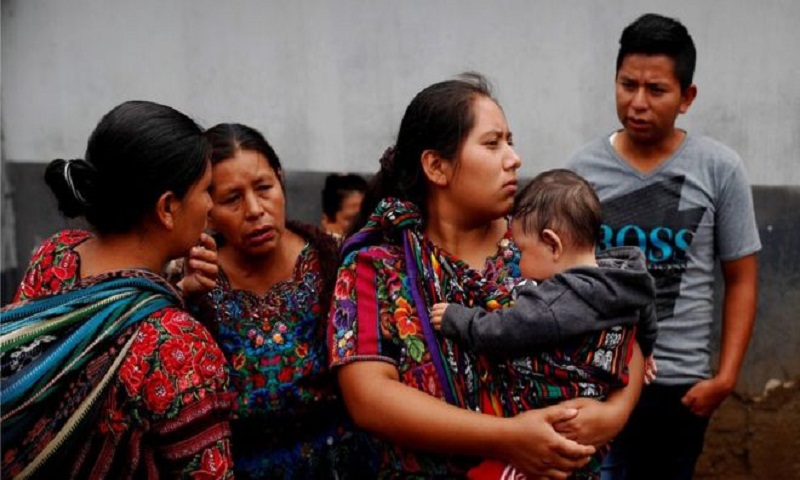 The US and Guatemala have signed a migration agreement, days after US President Donald Trump threatened the Central American country with tariffs.

Under the deal, migrants from Honduras and El Salvador who pass through Guatemala would be required to stop and seek asylum there first.

Migrants who failed to do so would then be ineligible for asylum in the US.

Mr Trump said that in exchange Guatemalan farm workers would get easier access to work on US farms.

The Guatemalan government says the agreement will last for two years, and will be reviewed every three months.

It said neither side was obliged to make any funding available under the plan.

Guatemala's President Jimmy Morales had been due to sign a deal with Mr Trump last week when the Guatemalan Constitutional Court ruled he could not sign without approval from Congress.

Mr Trump responded by threatening Guatemala with tariffs, remittance fees and other sanctions after the country's high court issued its order blocking the agreement.

A tax on Guatemalan remittances would have posed a significant threat the nation's economy. Guatemalan nationals living abroad sent back $9.5 billion (£7.4bn; €8.2bn) in 2018 - 12% of the country's GDP, according to the World Bank.