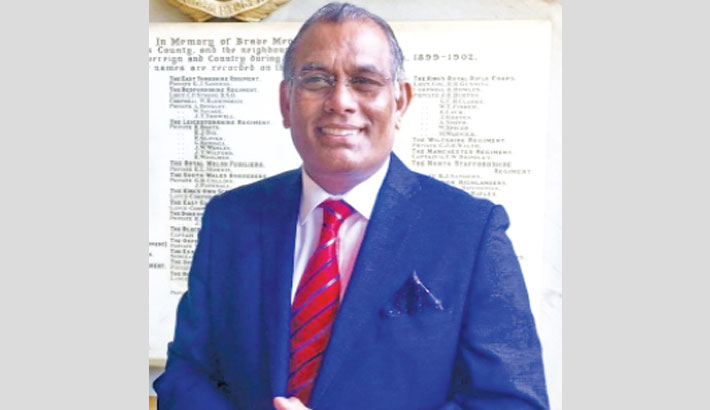 On the 23rd of July 2019 Britain saw her 77th Prime Minister and 26th Conservative Premier since 1800 AD. From the backdrop of the 2016 EU referendum he is the 3rd PM in number. After 3 years since the Brexit Referendum the main protagonist who spearheaded the leave campaign has been given the steering to drive the country out of the EU. It has been a very bumpy ride for the country and for Europe to negotiate the divorce with an amicable solution instead of making the separation an acrimonious one.

Boris Johnson should have been in the chair 3 years ago but due to some political ambitions and other personal egoistic impediment the succession took a little longer with very little leeway now left for him to extricate the country from the EU. One of the most flamboyant, enigmatic and popular choice amongst the Tory party members all over the country winning in excess of 65% votes is itself a huge accolade.

The Prime Minister has taken over to lead the country during one of the most crucial juncture of its history since the WWII.

Although there are huge positive notes like the unemployment is all time low, 1.3 Trillion pound sterling worth of investment the country has attracted in the recent past yet again there are hundreds of domestic issues that the country is riddled with inter alia coming out of the European club; there is huge crisis of knife of crime in the country and due to lack of investment and austerity dwindling police numbers to cope with the magnitude of crime is not possible, there is a huge hole in the social care and the national health service. However, it is better to be optimistic than sulking for the unknown fear.

Boris will undoubtedly be able to unite the conservative party with his can do attitude and will re negotiate the withdrawal deal with EU. It is not going to be an easy task but what Boris has none of the other PMs had that overarching desire of leaving the European club once and for all, and he has the majority of the population (52%) behind which was proven by the referendum itself and it is the onus that lies with the bastions of the democracy who are sitting in the green and the red benches of the chamber in the palace of Westminster. The country as a whole would like to see this episode is over and done with. Of course there are far too many dichotomies and hurdles to cross but it is doable and Boris can do it.

From the outset of Boris Johnson’s first PMQ (Prime Minister’s Question Time) on Thursday has proven his parliamentary acumen and oratory which has literally cornered the opposition ruthlessly. Taking a total of 129 questions from the MPs across all benches just proves his superiority in the House of Commons.

By and large Boris has set an excellent example of giving a cabinet which reflects the diverse United Kingdom with 8 women in the cabinet and 6 cabinet members from the ethnic minority background which speaks volume about the Prime Minister’s personal desire to chair a cabinet which mirrors the multi cultural Great Britain.

The business is never going to be as usual for him as there are too many differences in between the remainers and euro sceptics and Tory party infighting as well as the  unclear  perspective  of  the  oppositions parties  will  make  this  pretty  diffcult  for  him with this wafer thin majority in the parliament. In order to quell all of those brewing of troubles it is obvious that he is gunning for a fresh mandate to attain a sizeable majority in the House of Commons by holding a fresh election in the coming year if not in months.

What is in it for Bangladesh? Well, Bangladesh (Bengal) and United Kingdom enjoys one of the oldest trading relations for well over 300 years. It was Bengal who once used to cloth Britain in the past before the Lancashire textile boom took place in the 18th century. In the year 1770 Bengal was exporting in excess of 790,000 tonnes of cotton cloth to Britain.  That mutual trading relation is always cemented for the rest of the centuries to come with diﬀerent items like indigo, jute and tea. In the light of those age old bondage of trading Bangladesh will perhaps enjoy a massive boost in trade and commerce under the new WTC trade agreement once the UK is completely at ease to trade independently, which will be a win-win situation. Apart from the trade Britain remains one of the powerful allies of Bangladesh and it had been since the time of its independence. Even recently it was Britain who has contributed highest funds for tackling the Rohingya refugee crisis. The mutual bilateral relation always goes an extra mile and the common bondage shared by the two governments will epitomise the relation further under the dynamic leadership of Boris Johnson.

The Great grandson of the last Information minister of the Ottoman Empire Mr Ali Kemal who was assassinated by the Kemalists in the year 1922 brings a common resonance of sorrows and loss sitting with the Honourable Prime Minister of Bangladesh under the glaring shadow of the portrait of the Father of the Nation of Bangladesh signifies the personal bondage of pain both shares, which can be a catalyst to perpetuate a lifetime commonality of correlative alliance.

The writer is the Founder & CEO of www.c-ppp.org (A ThinkTank & an NGO]