Being rebellious, Anika now devotes herself to bringing healthy lifestyle for all 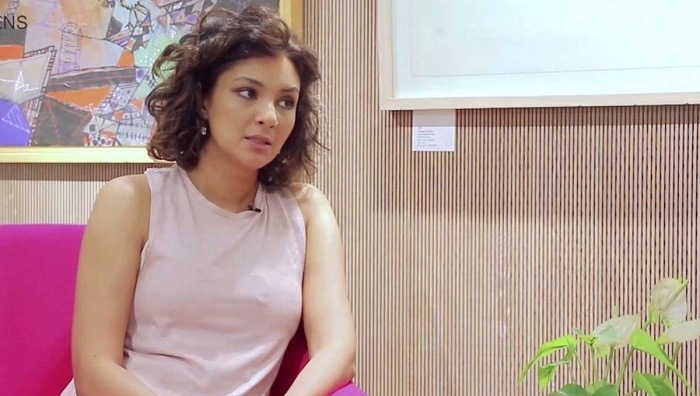 Leaving her decade-long career in the development sector, Anika Rabbani has set a shining example of women empowerment demonstrating her as a “rebellious individual” by doing something absolutely different – teaching yoga – which deals with a healthy and peaceful lifestyle.

“I like being rebellious as an individual. I consider myself very rebellious,” reputed yoga teacher and health coach Anika, better known as Yoganika, told UNB in an interview recently.

She said breaking out of the nine-to-five (9am-to-5pm) job for her was really interesting to show people that people can have a life by not doing the nine-to-five things but by doing something that they are very passionate about.

“We wanted to know the ways to remain green in mind and face even at the age of 60. Anika, always a smiling person, says, “I think when you practise yoga, your life becomes a lot simpler. You’re less complicated in your thinking and you get a lot of peace in mind.”

Mentioning that peace of mind is extremely important in today’s world, she explained, “Because there’s a lot of stress involved even when you go out. There’s so much of traffic. There’re so many people, especially in a city like Dhaka or any other major city. So I feel yoga can help you find that silence – the peace of mind which helps you stay young and stay energetic.”

Anika said yoga needs to be practised consistently not for one or two days only and it is for everyone. “You’ve to understand that there’s a business aspect in yoga and there’s a real love in yoga. There’s is passion for yoga, too.”

“I would say, don’t hesitate, don’t think it’s too hard. Anyone can do yoga. If you can breathe, you can do yoga,” she added.

“The first thing I would say if you’re planning to be a yoga teacher, know that there’s not a lot of money in it. Because, you’re passionate and you’re devoted to the practice of yoga,” Anika said.

The expert who empowers people by allowing them to become the best, most healthy and balanced version of themselves, says she enjoys teaching people the yoga. “I know when they go out into their lives after this classroom, they’ll have a better day. “So, there’s a self-fulfillment part there.”

Responding to a question, Anika said, "I would like to be known as someone who is more than beautiful. I would like for people to know I’ve more depth as an individual than just my face value.”

She believes that she is a very interesting woman more because of her mind than because of her face. "That’s how I want people come to my class because they admire my mind and my talent rather than my face.”

Anika thinks breathing with awareness matters in a big way as they all breathe since birth to till the last moment. “So, I would say, in order to be healthy, just sit on the floor more. It sounds a bit crazy, but you learn to sit on the floor more and use less furniture.”

She suggested not eating junk food even if it is yummy and recommended, “Go to bed early; try to align with the circadian rhythm.”

Anika thinks going to bed with the sun sets and waking up with the sun rises is really a good way of staying healthy and keeping diseases at bay.

Anika, who teaches yoga both men and women including children, thinks yoga is like taking a small journey.

“When you’re doing yoga, it’s like you’re transformed into another reality altogether, a reality which isn’t present when you’re in your normal state,” she said adding that yoga is a kind of “union” keeping mind, body and breath onboard and these are all the things that exist.

Anika, however, said, in order to really experience yoga, people have to do it. “You’ve to really get in to the moment. It’s not just about moving your muscles or your limbs. It’s also about learning to control your breathing, learning to come down the mind. It’s about being present.”

She went on saying, “So, if you’re here right now and if you’re on your cellphone, or if you’re somewhere and thinking something else, then the yoga isn’t here.

Talking about the impact of yoga personally on her, Anika said, “Yes, because I practise yoga, I’ve a very regimental lifestyle, very disciplined. I go to sleep very early at night; I wake up very early in the morning. I eat very healthy food. I practise yoga.”

Anika, who studied English literature before getting formal training on yoga from India, said it has been a journey of mostly self-exploration. “I’m very curious about my role in the world. I really like to read. I like books. I like good literature, so I studied literature.”

“…because I went out as a volunteer with JAAGO Foundation to help some of the victims. I still remember the collapsed building, sounds, smell of rotten bodies. And I feel like it had a very profound impact on me as an individual,” she said describing herself as an individual who is very sensitive.

Anika said, “So, it had an impact on me and I decided I’ll no longer want a nine-to-five job. I want to do something that brings me a lot more fulfillment, and I feel like I’m helping people by doing what I do.”

When she became mother, Anika wanted to give more time to her daughter and did not have time to make field visits though working in NGOs requires a lot of field visits. “So, I decided to start teaching yoga full time.”

Anika said some people think yoga is similar to gymnastics. “You know there is a lot of movement. Many things of gymnastics seem like similar to yoga. Yoga employs breathing techniques. That’s what sets it apart because the breathing takes you into a transcendental state. You completely move to a different dimension of consciousness.”

The yoga expert confidently said, “I want to say that yoga belongs to our country. It belongs to the subcontinent. This is where it came from.”