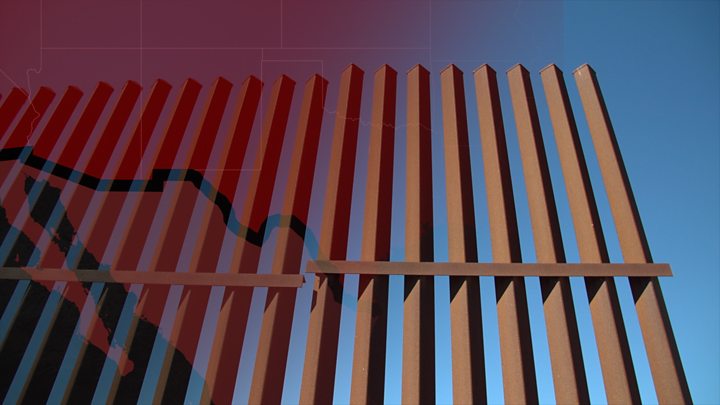 The US Supreme Court has said that President Donald Trump can use $2.5 billion (£2 billion) of Pentagon funds for a section of wall on the southern border.

The court ruled by five votes to four to block a ruling by a federal judge in California that barred the president from spending the money on the wall.

The wall, dividing the US and Mexico, was Trump's major campaign promise during the 2016 election.

It is fiercely opposed by Democrats.

The decision by the Supreme Court means that the money will be used for wall projects in California, Arizona and New Mexico.

The court in California had argued that Congress had not specifically authorised the funds to be used for constructing the wall.

On Friday, the US and Guatemala signed a deal, under which migrants from Honduras and El Salvador who pass through Guatemala will be required to stop and seek asylum there first, rather than continuing and trying to enter the United States.