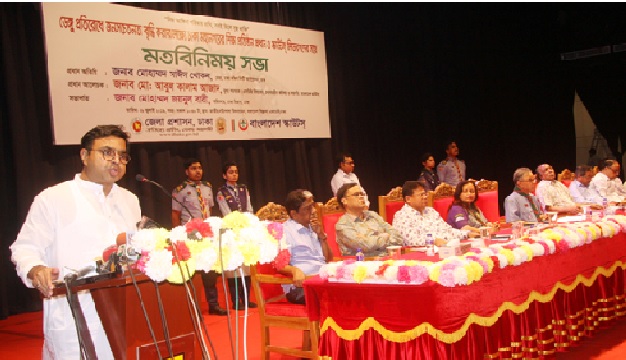 “Prime Minister Sheikh Hasina is monitoring the dengue situation round-the-clock and giving instructions to address the menace,” he said, speaking at a view-exchange meeting with teachers and scout leaders of the city’s schools and colleges.

Speaking as the chief guest, Khokon said the DSCC is trying its best to stand by the dengue patients and save their lives.

Calling upon the school students and scouts to work together to motivate the city dwellers to destroy mosquito breeding sources, he said that the city councilors would provide all-out support to them in this regard.

The activities, carried out by school students and scouts, will accelerate the initiatives of dengue control, which will help address the existing dengue situation, the DSCC mayor said.

He said mobile teams of the DSCC are working in the city to provide primary treatment to dengue patients.

“They are spreading rumours to halt the country’s economic progress,” the city mayor added.