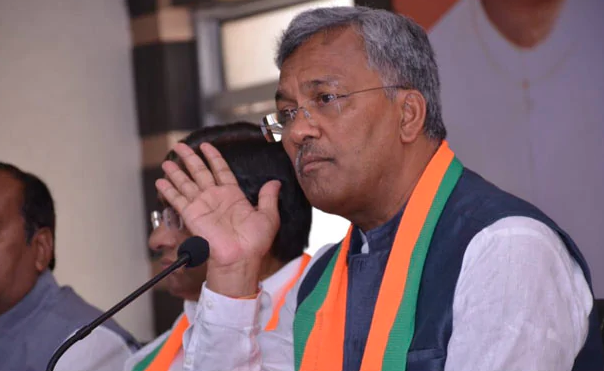 India’s Uttarakhand Chief Minister Trivendra Singh Rawat has landed in a controversy after claiming that cow is the only animal which inhales and exhales oxygen, adding that breathing problems can be cured by massaging it.

A video went viral on Thursday showing Mr Rawat praising the medicinal properties of cow milk and urine at a function in Dehradun.

In the video, he said cows not only inhale oxygen but also exhale it.

The chief minister also said that massaging a cow can cure one's breathing problems, while living in close proximity with the animal can cure one of tuberculosis.

The chief minister's praise of the cow comes days after Uttarakhand BJP president and Nainital lawmaker Ajay Bhatt said that pregnant women can avoid caesarean deliveries if they drink water of Garud Ganga, a river in Bageshwar district.

An official at the Chief Minister's office defended Mr Rawat's remarks saying that he was only stating something which is a common belief in Uttarakhand.

"While the medicinal values of cow milk and urine are well known, people in the hills also believe that the cow gives them oxygen," he said requesting anonymity.