Great Barrier Reef to get an underwater museum 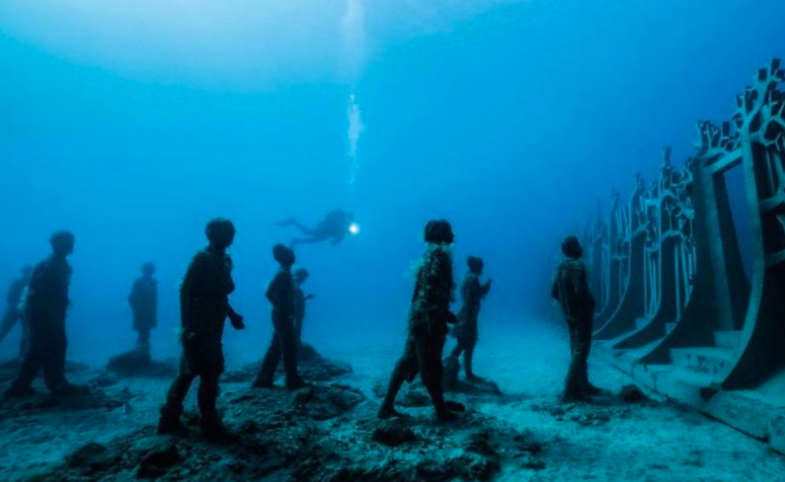 The Great Barrier Reef is set to become home to a brand new museum with a twist; it will be completely submerged underwater.

Aptly named the Museum of Underwater Art, the site will feature a wide array of sculptures on the seabed which divers can admire as they swim along the trail.

British sculptor Jason deCaires Taylor is behind the eye-catching collection, which will be opening near Strand Beach off the coast of Townsville, in Australia.

Highlights are set to include an underwater 'coral greenhouse' which will serve as a coral nursery and is expected to draw in marine life.

Another impressive sculpture will be the Ocean Siren, a five-metre high sculpture which will sit on the surface of the water and change colour according to the temperature of the Great Barrier Reef.

The idea is that some of the sculptures will become reefs of their own and relieve some of the pressure off the natural corals and reefs in the region.

The team spent weeks searching out the best sandy spots on the seabed where the sculptures could be placed to cause as minimal damage as possible.
The new museum is due to open to the public in December.

It's by no means the first museum of this kind. Jason has previously worked on similar projects with museums already open in Lanzarote, Cancun and the Gili Islands in Indonesia.

There's been an increasing number of man-made dive sites in recent years, including a new dive site in Bahrain which opened this year and features a sunken Boeing 747.

The 70m-long airplane's cabin and cockpit were stripped bare before the plane was submerged. There are hopes that it will become a larger marine habitat over time so visitors can get up close to all hosts of sea creatures and plants.