India to continue its support to BIMSTEC 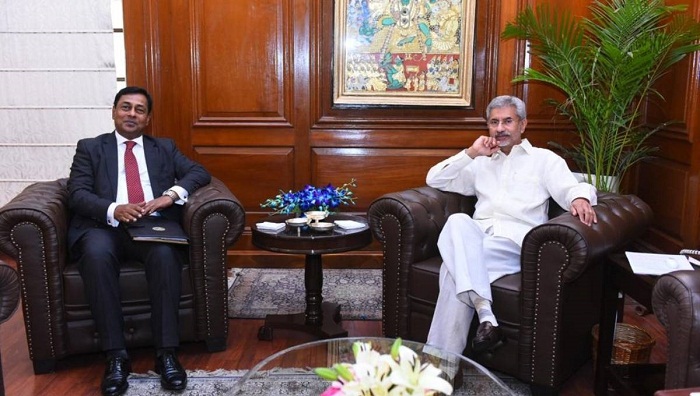 He said India sees virtue in BIMSTEC and advocated investment of more energy into this regional initiative by the Member States. Jaishankar noted that with India’s focus on neighbourhood and especially towards East, BIMSTEC will remain a key priority for Delhi.

BIMSTEC, an intergovernmental platform that brings together seven countries from South and Southeast Asia is increasingly becoming visible as a means to strengthen economic and physical connectivity among the countries of the Bay of Bengal region.

Referring to the ongoing institutional reform of BIMSTEC, Jaishankar hoped that with streamlining of activities, BIMSTEC will be able to deliver more results in near future.

He emphasised the historical and cultural linkages that BIMSTEC Member States share and said India’s Prime Minister Narendra Modi is a strong advocate of collective prosperity of all countries of the Bay of Bengal region.

Shahidul briefed Jaishankar on the initiatives taken by the BIMSTEC Secretariat towards fulfillment of the directives of the BIMSTEC leaders given in the Fourth BIMSTEC Summit held in Kathmandu Nepal in August 2018.

He emphasised the need to hold Sectoral Meetings more regularly and complete the ongoing review and rationalisation of sectors of cooperation to bring focus in BIMSTEC’s work.

The Secretary General invited the Indian External Affairs Minister to visit BIMSTEC Secretariat during his future visit to Bangladesh.