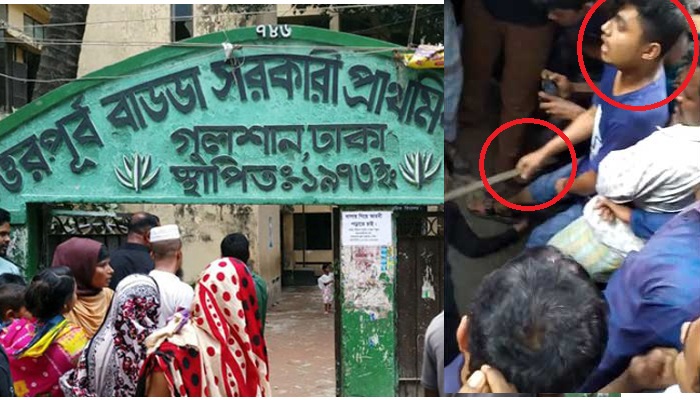 The main accused in a case filed over killing a woman by mob beating in Badda was arrested from Bhulta in Narayanganj on Tuesday evening.

The arrestee was identified as Ibrahim Hridoy, 19, a street vendor selling vegetables near Uttar Badda Government Primary School in the capital, media reports.

Hridoy was identified from video footages of the incident that went viral in social media and drew huge criticism from all quarters.

Earlier on Monday, three other youths were held in connection with the incident from Badda.

On Saturday, Taslima Begum Renu, 40, a single mother of two, was beaten dead by a mob in the capital’s Badda around 8:30am when she went to Uttar Badda Government Primary School to ask about the admission process.

Locals told police that some locals thought that she was a child kidnapper and attacked her.