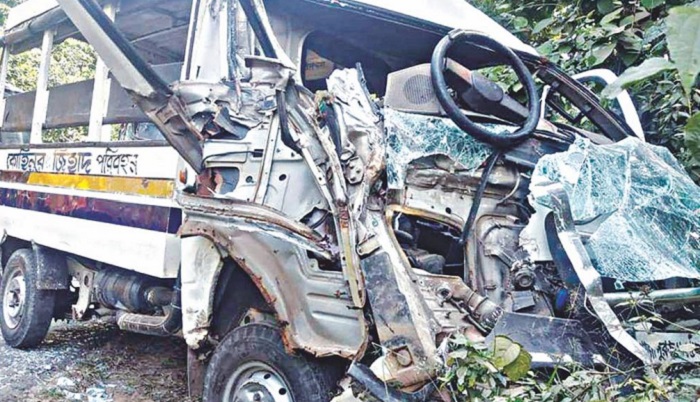 Two people were killed and five others injured in a road crash at Bhuterbazar in Kapasia upazila on Tuesday afternoon.

The deceased were identified as Manik Mia, 30, son of Shahjahan, of Kapasia and Saifuzzaman, 32, of Chattogram, reports UNB.

Locals rescued the five others injured and took them to Kapasia Upazila Health Complex, the ASI added.