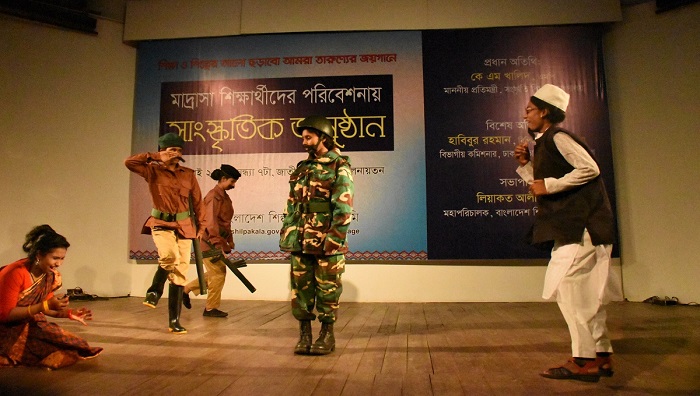 Students of five madrasas from Gopalganj performed a cultural programme in the capital on Tuesday at Bangladesh Shilpakala Academy (BSA) aiming to increase their involvements in cultural activities.

KM Khalid said that this was a unique programme arranged by madrasa students. They have been being involved in cultural activities as well as breaking the miss interpretation about them which is really remarkable.

He also announced TK 50,000 donation from his ministry to each of five participating madrasas.

The programme titled 'Let the light of youth and education spread out in the songs of youths' enchanted the spectators.

The students performed in several categories, such as patriotic and Islamic songs, recitation of poetries from famous Bangladeshi poets and performed a group drama.