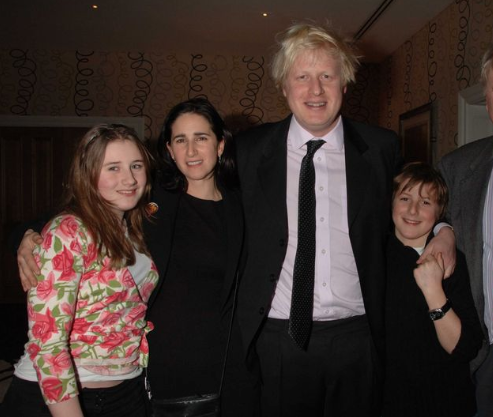 UK's new Prime Minister Boris Johnson has five children - four with his wife and love child from one of his many affairs.

The Tory has had a complicated love life over the years, and he's about to be divorced for the second time after his relationship with PR guru Carrie Symonds.

Not a lot is know about his youngest child, and it's believed that she doesn't have anything to do with her dad or half-siblings.

But the rest of the Johnson kids are very successful, attending top private schools and Cambridge with some very impressive jobs between them.

Here's what we know about BoJo's children.

Boris and Marina's oldest child was conceived ahead of their wedding in 1993.

Lara, 26, uses the double-barrelled surname Johnson-Wheeler, with the second being her mum's surname.

She went to the £33,000-a-year Bedales school before earning a place at St Andrews University where she studied Latin.

She now works as a journalist, writer, editor and broadcasted and lives in London.

She specialises in arts and fashion criticism and has been published in Vogue.

Her website states: "Johnson-Wheeler is open to and has experience in public speaking, chairing panel discussions and debates."

At 26, she is just five years younger than her dad's current girlfriend Carrie.

At the time of her parents' split, the Sun reported that Lara called her dad a "selfish b*stard".

She reportedly said: "Mum is finished with him. She will never take him back now."

Milo, 24, is Boris and Marina's oldest son and is a keen sportsman.

He went to Westminster School, which costs about £27,000-a-year.

He studied at London's School of Oriental and African Studies and can speak Arabic, Russian and French.

After his parents' split Milo was photographed helping his mum clearing out their Highgate home.

Like her dad and older sister, Cassia is a writer.

Theo is Boris and Marina's youngest child, and he is now 20.

He went to Cambridge University - the rival of his dad's Oxford.

Not much is known about Theo, but he is understood to have attended a private school in London.

Helen tried to keep their child secret and even launched legal action against a newspaper to prevent them publishing a report.

However, judges ruled the public had a right to know about Boris's daughter.

It is understood that Stephanie has very little to do with her dad or her half siblings.