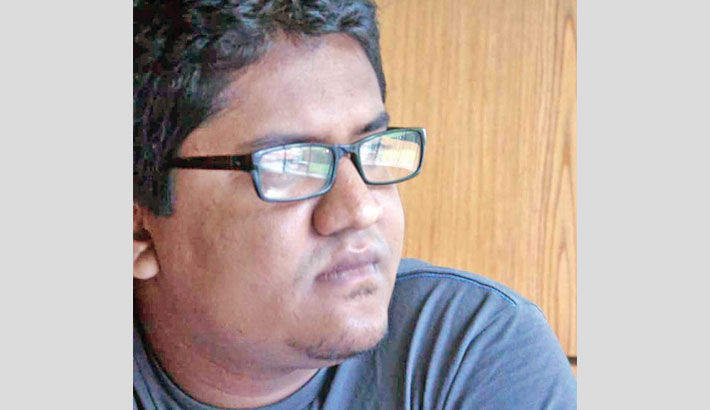 Bangladesh has made significant progress in reducing all forms of poverty as the United Nations Development Programme (UNDP) in its 2019 global Multidimensional Poverty Index (MPI) said Bangladesh is one of the countries that showed the fastest decline in the MPI value. Bangladesh along with India and Cambodia has made the fastest reductions in poverty across the board, improving its standing in nine of the 10 indicators with poverty falling at the same speed in rural and urban parts of the country.

The global Multidimensional Poverty Index (MPI) is an international measure of acute multidimensional poverty covering over 100 developing countries. It complements traditional monetary-based poverty measures by capturing the acute deprivations that each person faces at the same time with respect to education, health and living standards.The MPI assesses poverty at the individual level. If someone is deprived in a third or more of ten (weighted) indicators, the global index identifies them as ‘MPI poor’, and the extent or intensity of their poverty is measured by the percentage of deprivations they are experiencing.

The global MPI can be used to create a comprehensive picture of people living in poverty, and permits comparisons both across countries and world regions, and within countries by ethnic group, urban/rural area, subnational region, and age group, as well as other key household and community characteristics. For each group and for countries as a whole, the composition of MPI by each of the 10 indicators shows how people are poor.

This makes the MPI and its linked information platform invaluable as an analytical tool to identify the most vulnerable people – the poorest among the poor, revealing poverty patterns within countries and over time, enabling policy makers to target resources and design policies more effectively. The global MPI was developed by the Oxford Poverty and Human Development Initiative (OPHI) with the UNDP for inclusion in UNDP’s flagship Human Development Report (HDR) in 2010. It has been published in the HDR and by OPHI ever since.

The 2019 global MPI data and publication “Illuminating Inequalities” released on 11 July 2019 sheds light on the number of people experiencing poverty at regional, national and subnational levels, revealing inequalities across countries and among the poor themselves. The MPI provides a comprehensive and in-depth picture of global poverty in all its dimensions and monitors progress towards Sustainable Development Goal (SDG) 1- to end poverty in all its forms. It also provides policymakers with the data to respond to the call of Target 1.2, which is to ‘reduce at least by half the proportion of men, women, and children of all ages living in poverty in all its dimensions according to national definition'.

The 2019 global MPI painted a detailed picture of poverty for 101 countries and 1,119 sub national regions covering 76 per cent of the global population, going beyond simple income-based measures to look at how people experience poverty every day. The fastest absolute reductions in MPI value were in Bangladesh, India and Cambodia. This year’s MPI results shown that more than two-thirds of the multidimensionally poor-886 million people live in middle-income countries. A further 440 million live in low-income countries.

The report identified 10 countries, with a combined population of around 2 billion people, to illustrate the level of poverty reduction, and all of them have shown statistically significant progress towards achieving Goal 1 of SDG. Within these ten countries, data shown that 270 million people moved out of multidimensional poverty from one survey to the next. This progress was largely driven by South Asia: in India there were 271 million fewer people in poverty in 2016 than in 2006, while in Bangladesh the number dropped by 19 million between 2004 and 2014. In other countries there was less or no absolute reduction, with numbers of multidimensionally poor rising by 28 million across the three African countries considered. In part this was because of rapid population growth, which outstripped reductions in poverty. In fact, poverty rates (as a percentage of the population) declined in most of the countries.

Bangladesh has set a role model in the world by accelerating living standard, education rate, average life expectancy rate and eliminating poverty. Based on the international poverty line of $1.90 per person per day, poverty declined from 44.2 per cent in 1991 to 13.8 per cent in 2016/17. In parallel, life expectancy, literacy rates and per capita food production have increased significantly. Progress was underpinned by 6 per cent plus growth over the decade and reaching to 7.3 per cent in 2016/2017, according to official estimates. Rapid growth enabled Bangladesh to reach the lower middle-income country status in 2015. In 2018, Bangladesh met the eligibility criteria for graduation from the United Nation’s Least Developed Countries (LDC) list, and is on track to graduate in 2024. Sustained economic growth has increased the demand for energy and transport, and spurred urbanisation.

Bangladesh has undertaken a number of planned strategies to eradicate poverty and extreme poverty from the country. For lifting poor section of the society up, Bangladesh is now enlarging the social protection strategies which could impact on poverty reduction through a series of direct and indirect channels. Bangladesh has laid reasonable foundations for building a comprehensive social protection strategy and has set a vision to eradicate extreme poverty from the country by 2021. The government has also implemented some project such as ‘Akti Bari AktiKhamar’(One House One Farm), ‘Ashrayan’,‘Grihayan,’‘GhorePhera’ with a view to bringing a positive change to the lives of the poor. Furthermore, the government provides allowances for widow, destitute women deserted by their husbands, old-aged people and so on. The PalliSanchoy Bank (Rural Savings Bank) has already been established with a view to encouraging rural savings and its utilisation. The government has already taken an initiative to introduce pension system to all non-government institutions by 2018.

The writer is a Chinese Government PhD