Don’t use phones with bright lights at night 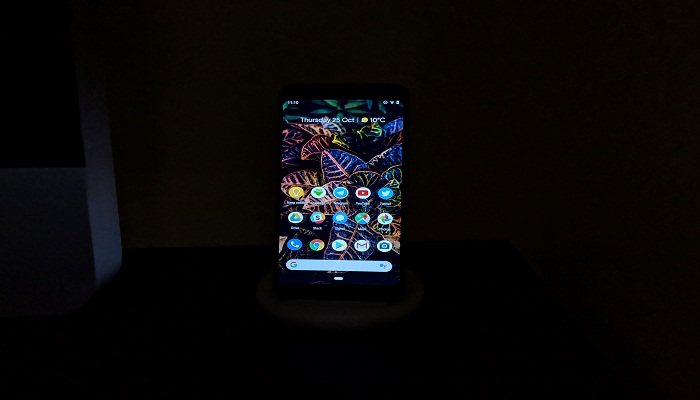 Those who wake up frequently at night should not pick up their smartphones or tablets to look at the time, check texts, or catch up with other night owls on social media even for a few seconds.

Short bursts of bright light from electronic screens make it more difficult to fall back to sleep, found US researchers who directly tested how short pulses of light are processed by the brain to affect sleep.

Short exposure, however, did not affect the body’s overall circadian rhythms, or the natural clock that regulates the hour patterns of many biological processes, including the sleep-wake cycle and body’s core temperature, found the study published in the journal eLife. The core temperature also follows a circadian cycle and is 2-3 degrees Fahrenheit higher in the late afternoon/early evening than at night, when it is at its lowest.

What leads to a marked improve sleep quality is a warm water bath 90 minutes before bedtime, found a review of 5,322 studies published in the journal Sleep Medicine Reviews. Bathing in warm water helped people fall sleep faster; longer and more efficiently, which means more time was spent in bed sleeping, found the second manor sleep-related study published this week. Those who bathe one and two hours before bedtime fell asleep sooner by an average of 10 minutes.

A warm bath increases blood flow from the internal core of the body to the peripheral sites of the hands and feet, bringing down core temperature, which on average falls by about 0.5 to 1 Fahrenheit around an hour before the usual sleep time, dropping to its lowest level between the middle and later span of sleep at night. It begins to rise at dawn, acting as a kind of a biological alarm clock wake-up alarm. Bathing 90 minutes before going to bed mimic the natural circadian process and improve sleep quality.

Big dinners late in the evening stress the digestive system and make it harder to fall asleep. You should aim to have dinner as early as possible, at least three hours before you go to bed. Dinner should be the lightest meal, with vegetables and complex carbohydrates like lentils. Avoid meats and oily curries.

Alcohol makes people feel sleepy initially, but leads to restless and truncated sleep through the night. Nicotine, like caffeine, is a stimulant, and prevents people from falling asleep.

Exercising two hours before bedtime improves sleep quality, but you must make sure the adrenalin-pumping walks, run and workouts are not too close to bedtime. Exercising at anytime of the day is beneficial, but again, it’s best to wind down at least two hours before bed time. Exercise also lowers food cravings at night, which are usually triggered by insomnia and chronic lack of sleep.

As much as you can, try to go to bed and wake up at about the same time every day, including on weekends as a regular sleep-wake cycle helps you fall asleep quicker, sleep sounder and get up at the same time. Stepping out in natural light within a few minutes of waking up further helps to regulate the body’s biological clock.

Most sleep experts advise winding down about an hour before bedtime by reading a book, listening to music, or taking a shower. They also recommend avoiding working or watching television in the bedroom, which should be a room the body and mind associates with rest and relaxation.

Insomnia that lasts for four weeks or more could be a sign of an underlying disease, such as depression, diabetes, acid reflux or asthma, so it’s advisable to get diagnosed and treated to ensure sleep doesn’t remain elusive forever.