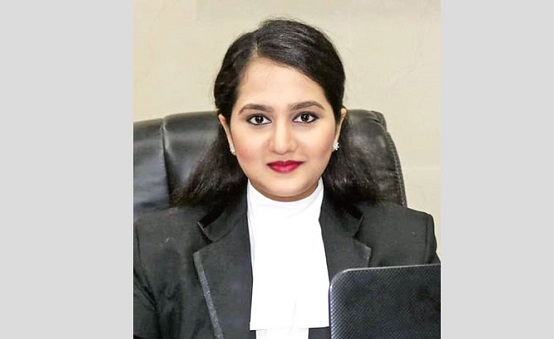 With all the gruesome and harrowing incidents taking place in our society we can truly ask ourselves whether we, the people of Bangladesh, have collectively reached the state of a moral breakdown. Moral breakdown is a phenomenon in which a major degradation or complete loss of moral values takes place within a particular society. What is causing our society to spiral down into an abyss of social, ethical and moral poverty?

There was a time, not too long ago, when Bangladesh was known to be a land of hospitable, warm, peaceful and hardworking people. We had a rich culture where people respected each other and there was harmony in the community in religious and social terms. But today when we observe the pervading cruelty, notoriousness and deviant behavior in our society, as young individuals it is difficult for us to believe that we are the same nation whose forefathers and ancestors went to war in 1971 to ensure a free and independent state for the later generations.

The newspapers are full of disturbing, appalling and grim reports every single day. The shocking news of the youth hacked to death in broad daylight when returning home with his wife while several people watched and many even recorded it on their cell phones but no one came forward to help him portrays a dark and sinister side of our society. Sociologists believe that helping others gives us a feeling that we are making a difference and it makes us happy because we feel as if we have a purpose. Then why don't we feel the need to save someone being hacked to death or being burned alive right in front of our eyes? I believe that we have entered into an era where we prioritize our selfish motives first, so we often think about helping ourselves more than anything else.

The pathetic case of the young lion Heera which died in the National Zoo in Dhaka after starving for almost two and a half months is a clear indication that our society's moral degradation is outright dangerous. Can a person truly call himself human if he steals food meant for a caged animal? Are we so selfish and so hungry for power and money that we have to starve a helpless, sick animal and use the money for our own selfish motives?

Child rape, trafficking, and the many other ways in which children are being abused are in the headlines with depressing regularity. According to the Bangladesh Shishu Adhikar Forum (BSAF), in the first six months of this year at least 496 children were raped. The rate at which child rape is increasing every year is frightening, sickening and shameful for our society. The fact that women and children are becoming increasingly vulnerable to sexual crimes has raised serious concerns over the safety of women and children in Bangladesh. "The culture of impunity" which is responsible for the spike in such crimes stems from the fact that although there are strict laws against such crimes, there is little or no implementation.

The current scenario of our country is ominous and terrifying which can be attributed to the degradation of moral values in the new generation. Recovery must start from the grass-root level and the leaders, parents, teachers and other social influencers must understand that the need of the hour is to acknowledge the magnitude of imparting good values in the youth and children so that they can differentiate between right and wrong. The invaluable treasure of moral values must be passed on from one generation to the next. Just like many other countries who are already working on such initiatives, it is imperative that all schools in Bangladesh start including "moral education" as a subject in their curriculums. The lessons will focus on the promotion of ethics, personal and community growth, culture and heritage, rights and responsibilities, good citizenship, etc. Such a course- if implemented well- will shape our future leaders and raise moral standards across our society.

The writer is a Barrister-at-law of the

Honourable Society of Lincoln's Inn, UK and a student of MBA at Bangladesh University of Professionals