Priya Saha should be given a chance: Quader 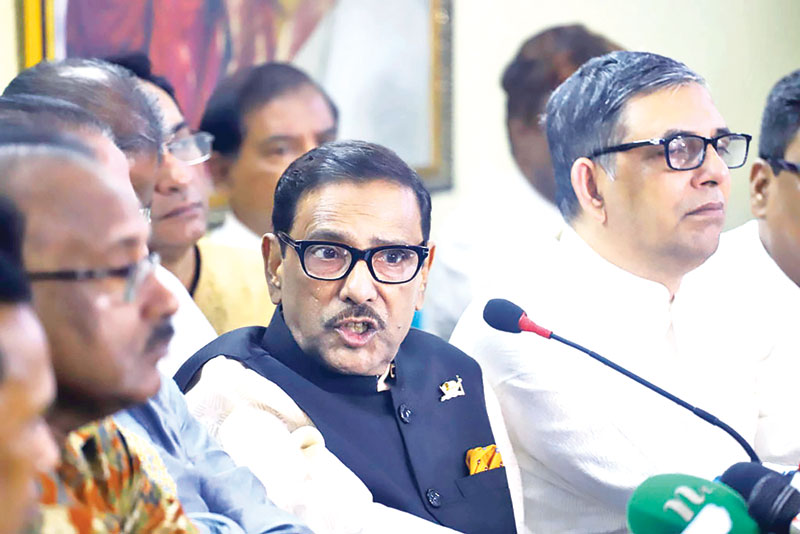 Transport Minister Obaidul Quader on Sunday said Priyabala Saha, who complained of minority oppression in Bangladesh to US President Donald Trump, should be given a chance a to explain herself.

Priya claimed that 37 million Hindus, Buddhists and Christians had disappeared from Bangladesh and that her home was torched and her land was grabbed by Muslim fundamentalists.

“The reasons for making such allegations should be investigated. I think she should be given a chance to defend herself when she returns home,” Quader told the media after attending the license handover ceremony of MRT Line 6 at Bangabandhu International Convention Centre.

Bangladesh strongly condemned Priya Saha’s allegations. The government on Saturday said that there appears to be an ulterior motive behind her false and concocted stories aimed at maligning Bangladesh.

“Her motive should be investigated,” Quader said. “She should make a public statement.”

Meanwhile, several people, including lawyers, have moved the court seeking permission to file sedition cases against her in various districts across the country.