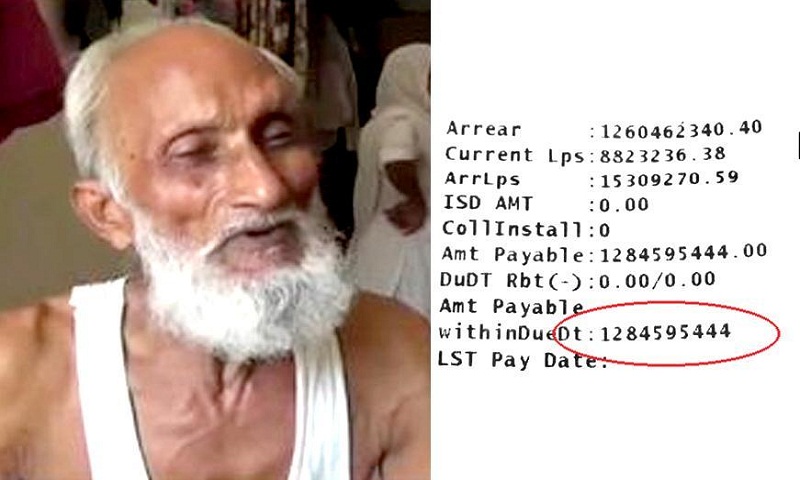 The Power Department in Uttar Pradesh has given a stinging shock to an elderly resident of Hapur district. Shamim, a septuagenarian, has received an electricity bill for Rs 1,28,45,95,444 and his power load is merely 2 KiloWatt. Shamim, who stays with his wife in Chamri village in Hapur, said that he has approached the Electricity Department to rectify the error, but was told by officials to pay the bill or else the electricity will not be reconnected.

“No one listens to our pleas, how will we submit that amount? When we went to complain about it, we were told that they will not resume our electricity supply unless we pay the bill,” he said. Shamim told reports that his monthly electricity bill is around Rs 700 and Rs 800. “But this time, the Electricity Department has given me the bill of the entire city,” he said.

In a followup tweet, ANI informed that Ram Sharan, an Assistant Electrical Engineer stated that the cause behind the huge bill “must be a technical fault.”

Senior officials of the Power Department in Lucknow said that they were not aware of the matter and hence, could not comment. When told about the matter, they said it could be a technical glitch and would be rectified. Till then, Shamim and his family will live in darkness, reports HT.