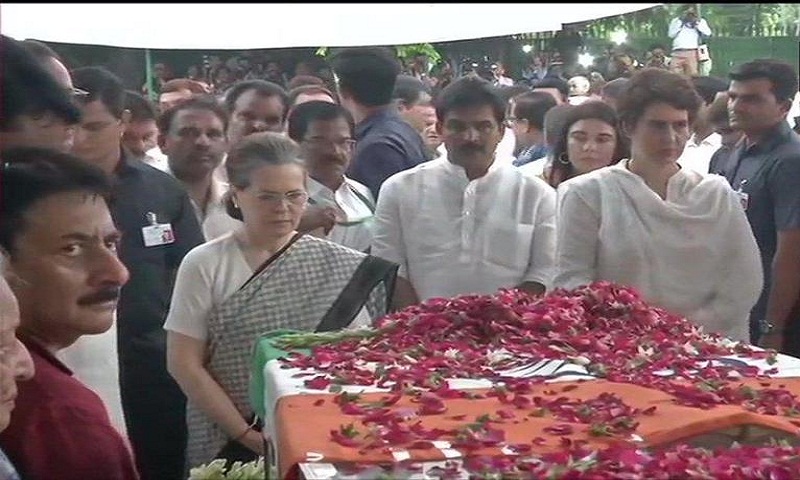 Sheila Dikshit, the three-time former Delhi CM, died on Saturday afternoon aged 81. Her last rites will be performed in Delhi on Sunday afternoon. She will be accorded a state funeral.

Her body was taken from her residence in Delhi’s Nizamuddin area to the Congress headquarters Sunday noon. The body will be kept at the party headquarters till 1:30 pm for people to pay their final respects before the last rites at Nigam Bodh ghat.

Instead of a traditional pyre of wood, Diskhit will be cremated in a compressed natural gas (CNG) machine as she had wished, her son and former MP Sandeep Dikshit told news agency ANI.

Delhi’s deputy CM Manish Sisodia took to Twitter to announce that the Delhi government has declared a two-day state mourning for the Congress leader.

Thousands of party workers reached Sheila Dikshit’s residence to pay their tributes. Dikshit was the Delhi chief minister for three terms over a 15-year period and also served as governor of Kerala for six months.

Diskhit was made the Delhi Congress chief in the run-up to the Lok Sabha elections, died of cardiac arrest.

She had undergone bypass surgeries in the past and had been in and out of hospital recently as she was not well.