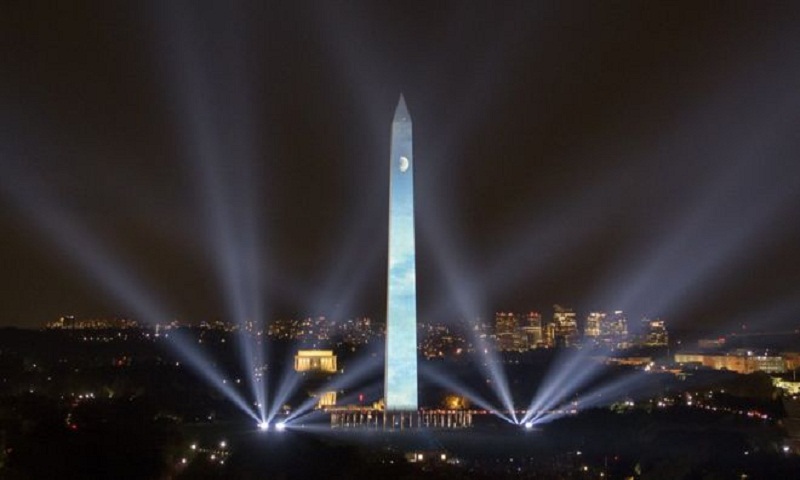 Thousands of people have been celebrating the 50th anniversary of the first Moon landing.

Originally inspired by the US's Cold War rivalry with the Soviet Union, the mission is now remembered as an iconic moment for stargazers all over the world.

Nasa marked the anniversary by streaming footage of the launch online, giving a new generation a chance to see the historic moment that was watched by half a billion people 50 years ago.

At the moment the spacecraft landed, Apollo 11 commander Armstrong said: "Houston, Tranquility Base here. The Eagle has landed."

Charlie Duke, the capsule communicator, responded from mission control in Houston: "Roger, Tranquility. We copy you on the ground. You got a bunch of guys about to turn blue. We're breathing again."

Hours later, as he first stepped onto the Moon's surface, he uttered the historic phrase: "That's one small step for man, one giant leap for mankind."

Armstrong was joined on the mission by his crewmates Buzz Aldrin and Michael Collins. All three were born in 1930. Aldrin and Collins are still alive, but Armstrong died in 2012 at the age of 82.

Aldrin, the second person to walk on the Moon, tweeted on Saturday: "Today, America put the big question to rest: We got there first. We landed on the Moon with 250 million Americans watching our backs.

Michael Collins, the third crew member, told Fox News that it's "not very often" he thinks about the mission.