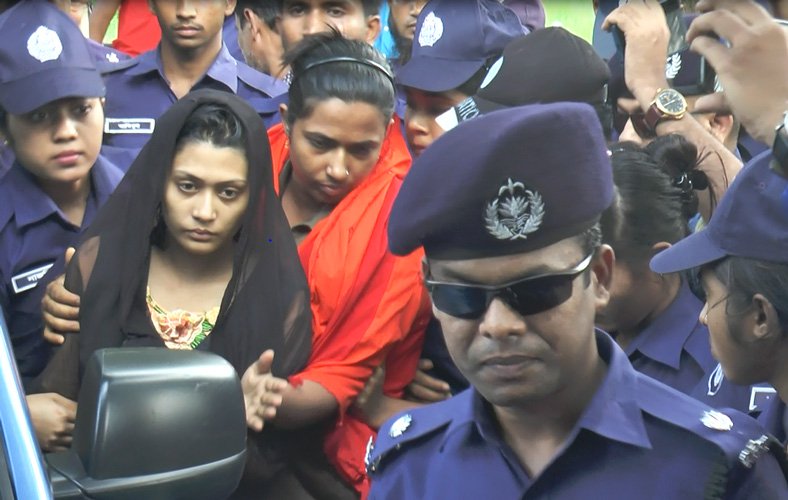 A Barguna court rejected the bail petition of Ayesha Siddiqua Minni, wife of Rifat Sharif, who was hacked to death in broad daylight in front of Barguna government college gate.

Md Sirajul Islam Gazi of Barguna Senior Judicial Magistrate court denied the bail prayer when some lawyears prayed before the court on Sunday.

Later on July 18, Minni confessed to her involvement in the murder of her husband Rifat Sharif.

Minni was the key witness of the murder that took place in front of her college on June 26. Rifat Sharif, a 25-year-old internet service provider, was indiscriminately hacked by a group of youths there.

In a video footage of the incident that went viral in the social media, Minni was seen screaming and trying in vain to save her husband from the assailants.

Rifat’s father had started the case against 12 people the very day his son died.

Ten out of 13 arrested in the case so far have given confessional statements. They are: Rabbi, Oli, Tanvir, Chandan, Hasan, Sagor, Najmul, Tiktok Redoy, Ratul, and Saimon.

The prime accused of the case, Nayan, was killed in a reported gunfight with police in Barguna Sadar on July 2.