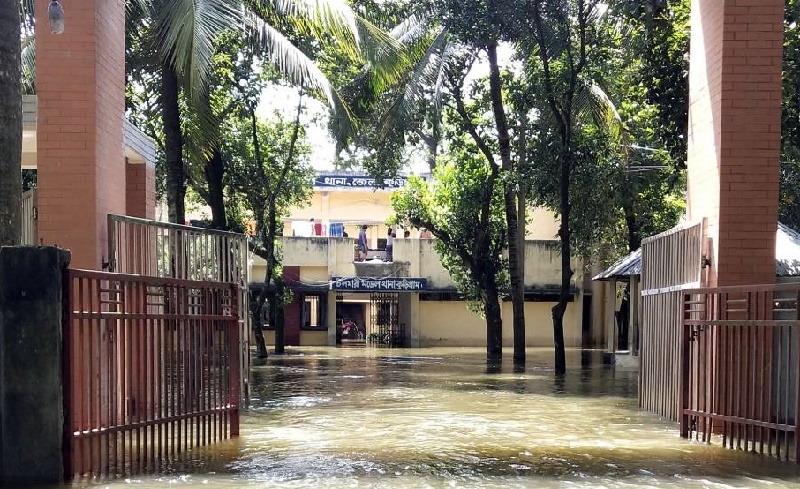 About a million people are stranded as the overall flood has situation remained unchanged for the last 12 days.

Although the water level of major rivers has fallen, the sufferings of the flood-hit people have increased because of shortage of drinking water, food, fodder, and fuel. Sanitation has also turned out to be a major problem with many people suffering from water-borne diseases.

The district administration’s control room sources said 73 unions of nine upazilas were flooded. Farmers of the flood-hit areas in particular are staring at an uncertain future as 20,000 hectares of cropland were flooded.

The district’s infrastructure has also been severely damaged with 1,245km road, 40km embankment and 41 bridges and culverts affected. Over 9,734 tube wells are under water.

A total of 755 educational institutions, including 128 secondary schools, 70 madrasas, 17 colleges and 540 primary schools, had to suspend academic activities due to rising water. Among the district’s 1,240 government primary schools, 536 had been flooded.

The district administration has distributed five metric tonnes of rice, Tk 13.5 lakh and 3,000 packets of dry foods among the flood-affected people.

Besides, 6,428MT of rice have been allocated ahead of Eid-ul-Azha, the sources said. But many people said the relief materials were not adequate.

The district administration sources said over 64,000 people took shelter in 186 centres in the district.

Fourteen people have so far drowned during the latest spell of flood.