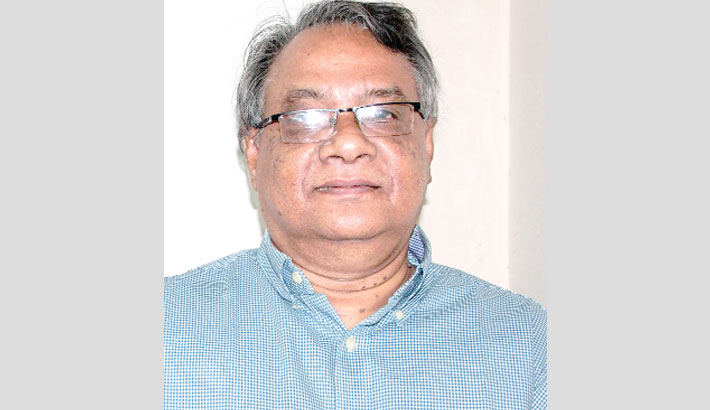 General Hussain Mohammad Ershad is dead. He was 89. His death closed a chapter of Bangladeshi politics of intrigues and usurpation of state power through unconstitutional means. Ershad’s long life had many ups and downs. At first, he was a military officer who rose to the highest position of his service. Later on, like his predecessor, General Ziaur Rahman, he seized state power in April 1982 by using brute military force. After that, he ruled Bangladesh by imposing martial law and suspending the Constitution. Later, in 1983, he declared himself President of the Republic. With his blessings, the Janadal Party was formed in 1983. In the same year, Ershad declared his 19-point program. Subsequently, a new political party, Jatiya Party (JP), was formed in January 1986 under his chairmanship. In the same year, general elections for electing the Parliament were held and the Jatiya Party won 153 seats. In October of 1983, he was elected President of Bangladesh. A pro-democratic movement gained momentum in 1987 and as a consequence, Ershad had to dissolve the Jatiya Sangsad in December 1987. Again, elections were held to elect a new parliament in 1988. The Jatiya Party won 251 seats in those elections. But the other major political parties including the Awami League and the Bangladesh Nationalist Party (BNP) boycotted the elections. However, General Ershad’s rule ended in December 1990 with his resignation in the face of a mounting political movement for the restoration of a proper form of democratic government elected through free and fair elections with the participation of all political parties of the country. He was arrested in 1991, when he subsequently served a prison sentence of five years and was later released on bail in January 1997. However, he and his party contested in the subsequent elections that were held in the country. In the 1991 and the 1996 elections, while languishing in jail, Ershad won from five different constituencies. In 1996, he and his party provided support to the Awami League and helped form the government although he and his party opted to become members of the opposition in the parliament. He was released from prison on 9th January 1997 by the government. In the subsequent years till his death, Ershad led the Jatiyo Party which he formed, participated in all the parliamentary elections, and largely remained an ally of the current ruling party, the Awami League.

General Ershad’s long life could be divided into three phases. At first, he was a military officer who later on became the Army Chief. The second phase, the most important one, in which he seized state power by deposing an elected government and turning into an autocratic ruler. During this phase, he also floated a political party of his own with habitual deserters of different political parties coming from various extremes of the political spectrum. This phase lasted for almost a decade, leaving profound impacts on the lives and psyche of the nation. The third one was continuing as a politician under a democratic system of government. He remained the Chairman of the Jatiyo Party that he formed as a military ruler to provide him a civilian garb at the latter part of his rule in the 1980s. During this particular period of democratic rule, his party largely turned into a regional one with sizeable support in the northern region of the country, particularly in the greater Rangpur region where he hailed from. Even then, he played key roles in providing support to political parties to form governments, and legitimacy to the political process. Interestingly, he and his political party were simultaneously part of the government with ministerial positions and at the same time, sat as the opposition in the Parliament. He ultimately became a power broker providing crucial support to the majority party in exchange for political and other relevant favours for himself and his party.

While evaluating Ershad, one needs to take into consideration his roles in all these phases and the consequent impacts they left in the life of the nation. As a military officer, he led a routine life without any fun fare and impact whatsoever in state affairs. In fact, he showed his true colour when he unconstitutionally seized state power and became the supreme ruler of the country. Like his predecessor, he also formed a political party under state patronage with different political elements who rallied around him for positions and powers to further their personal interests. This particular move of creating another political party further intensified the culture of political opportunism in the country which started with the creation of the BNP by General Ziaur Rahman. In the process, Ershad also rehabilitated the war criminals of the country’s liberation war and other political elements with dubious track records. He gave them ministerial berths and also provided them other positions of power and influence. These were associated with large scale corruption in every affair of the government. Ershad himself, and his close relatives and associates all indulged in corrupt practices. The notion of accountability and fair play disappeared from the public domain. Corrupt practices became rampant and later, it became part of the national culture which is still continuing with full force. As an autocratic ruler, he continued with the culture of impunity that began with the assassination of Bangabandhu, his family members and the four national leaders in 1975. Like General Ziaur Rahman, he also protected the killers and rewarded them with renewed diplomatic assignments.

General Ershad also amended the Constitution and inserted Islam as the state religion. He did this to appease the anti-liberation forces and particularly to ensure their support for his autocratic and unconstitutional government. Some quarters tend to give credit to Ershad for introducing the Upazila system (1984) in the country and thereby promoting the process of decentralization. But it must be mentioned that he did not introduce the system for the benefit of the country, but rather, he wanted to create a political support base for himself and his party at the Upazila level with newly elected chairmen who were mostly from the Jatiyo Party which he headed. Through this created political support base, Ershad wanted to perpetuate his autocratic rule for many more years.

Ershad’s personal life, particularly his infatuation with women, became a hot topic of discussion throughout the country. In the process, it is alleged that he also married several times. All these emanated from his complete disregard to the prevailing culture, norms, and values of the Bangladeshi society.

Now, General Ershad is dead. There will be no news about his frequent change of stance on different issues. His party will miss him dearly. He kept the party united though many have already left and formed different fractions of the Jatiyo Party. Even so, his one remained prominent. But without him, things will be different as many aspirants will vie for the party’s chairmanship. This will create acrimonious rivalry among many JP stalwarts that might lead to splits in the party. Whatever happens, the party will not have the same clout and popular support base, particularly in the Rangpur region and consequently, it will lose bargaining power in the political arena and all likelihood, the JP will turn into a political party with little or no significance. However, the legacy that Ershad created, nurtured and left behind will haunt Bangladesh and its people for years to come. The hallmarks of which, are creating divisions among the citizens by amending the constitution to serve his own purpose, an all-pervading culture of corruption and impunity, and politics of opportunism.