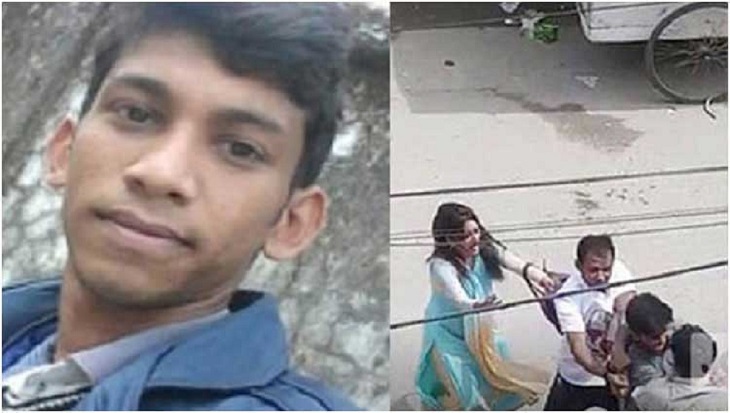 Rifat Farazi, the second accused in the sensational Rifat Sharif killing case, has given a 'confessional' statement in court admitting his role in the savage murder.

Farazi was produced at the Barguna Senior Judicial Magistrate Court at 3pm on Saturday, where judge Mohammad Sirajul Islam Gazi recorded his statement.

Investigation officer (IO) of the case Inspector Md Humayun Kabir of Barguna police station confirmed the development. It means 14 of the accused have now given such confessional statements in court admitting their involvement in the killing.

The IO informed newsmen at the court premises that Rifat Farazi was produced in court on the sixth day of a second consecutive 7-day remand. He gave his statement under Section 164 of the Code of Criminal Procedure.

Earlier on Friday, Ayesha Siddika Minni, the wife of slain Rifat Sharif, also gave a confessional statement under Section 164, where she is said to have admitted her own involvement in the gruesome killing.

However, Minni's father Mozammel Hossain Kishore informed newsmen that police coerced Minni into her confessional statement. He claimed that Minni was only made an accused in the case following her arrest under what he termed "influence by a quarter to divert the case".

Minni's family collected power of attorney from lawyers association on behalf of advocate Mahbubul Bari Aslam, general secretary of Barguna Lawyers Association, to fight the case on behalf of Minni.

Advocate Aslam has said that he will provide legal counsel to Minni. As such, a bail petition for Minni will be placed at the Senior Judicial Magistrate Court on July 21 (Sunday). Earlier an issue had arisen whereby lawyers in Barguna were refusing to represent Minni in court, possibly under political influence.

Rifat Farazi was arrested on July 3. Police sought 10 days remand for interrogation after Rifat Farazi was produced in the court on the same day. However, the court granted seven days, later extending it by the same.

Meanwhile, Rifat Sharif's father Dulal Sharif, while reiterating that his son's killers must be brought to justice, expressed his satisfaction over how the case was progressing.

However, Minni's father Mozammel Haq Kishore told newsmen: "People of the country have seen how my daughter fought with the terrorists to protect her husband." He again alleged that her confessional statement was forcibly obtained, and that "an influential quarter" was hard at work to cover the killer's tracks by framing his innocent daughter.

"I will commit suicide if anything happens to my daughter," he added, seemingly in despair.