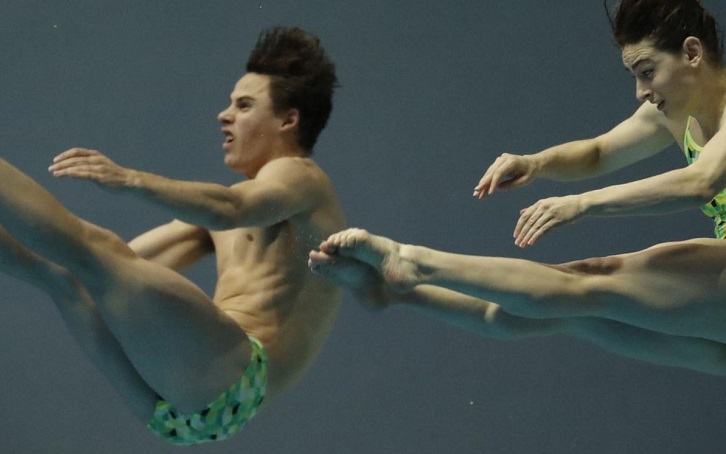 Yang Jian won the men's 10-meter platform title at the world championships on Saturday as China took another diving gold.

Yang Jian totaled 598.65 points to finish ahead of teammate Yang Hao, who had 585.75 on Saturday night in Gwangju.

Yang Jian climbed out of the water after his last dive and kissed edge of the pool.

After winning gold in the first 11 events, the lone event China didn't win at the championships was the mixed 3-meter synchronized springboard, with the Chinese scratching earlier Saturday.

Matthew Carter and Maddison Keeney of Australia won with 304.86, their first time competing together. They edged Francois Imbeau-Dulac and Jennifer Abel of Canada, who finished 0.78 points behind for silver.

"I never expected that," Keeney said.

Lou Massenberg and Tina Punzel of Germany took bronze at 301.62.

It was Keeney's second medal of the competition. She finished third in women's 3-meter springboard Friday.

Daley and Grace Reid of Britain were fourth, two years after they earned silver in the event.

The American duo of Briadam Herrera and Maria Coburn was fifth.