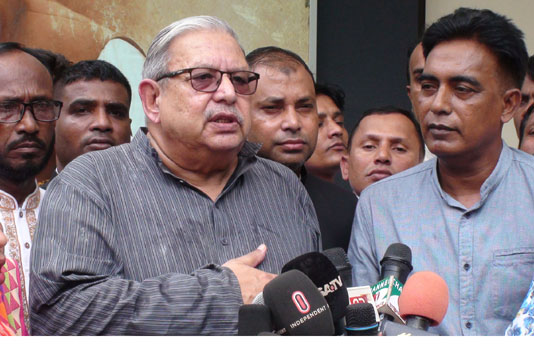 Expatriate Welfare and Overseas Employment Minister Imran Ahmed on Saturday said the labour market in Malaysia is going to open as the recruitment of Bangladeshi workers will start from August.

“The decision of returning illegal workers to the country from Malaysia has been finalised… Moreover, the recruitment of new workers will begin in the next month of August as the first step in this regard is done,” he told newsmen.

He was talking to the reporters after paying tribute to Father of the Nation Bangabandhu Sheikh Mujibur Rahman by placing wreaths at his mausoleum in Tungipara of the district this afternoon.

“We have discussed about the labour market with Malaysia. Trained female workers will be sent from now on so that they could work there without facing any difficulty,” he added.

The minister offered a special prayer seeking the eternal peace of the departed soul of Bangabandhu and his family members. Later, he signed the visitors’ book at the Bangabandhu Bhaban on the mausoleum premises.