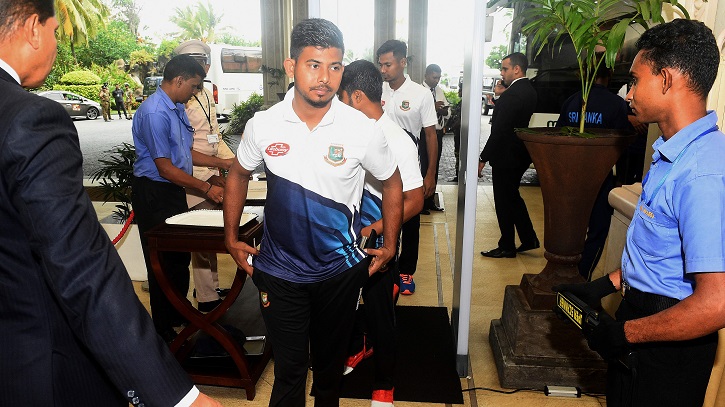 Bangladesh National Cricket Team led by Tamim Iqbal arrived in Sri Lanka on Saturday afternoon for a three-match ODI series against the host.

Captain Tamim Iqbal and six other members of the 14-men squad took off at 12:45pm in the first batch from Dhaka.

Captain Tamim Iqbal with his teammates took shelters at a Taj hotel in Colombo. Bangladesh becomes the first nation to send a sporting team to Sri Lanka after the Easter Sunday attacks that killed 258 people, including 45 foreigners.

Bangladesh is due to play three 50-over One-Day Internationals matches in Sri Lanka between July 26 to July 31.

In the absence of Mashrafe Bin Mortaza, who has been ruled out of the series due to a hamstring injury just one day the before team's departure, Tamim Iqbal will lead the Tigers in the series.

Along with Mashrafe, all-rounder Mohammad Saifuddin was also left out due to injury. The team management called Farhad Reza and Taskin Ahmed as the replacements.

Bangladesh will miss the service of Shakib Al Hasan and Liton Das in the upcoming series as they are on leave due to personal reasons.