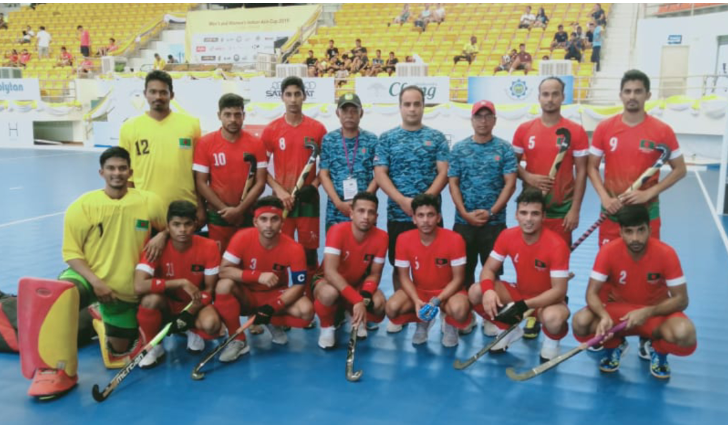 Ashraful opened the account for Bangladesh converting a penalty corner correctly in the 5th minute (1-0).

In the 15th minute, Milon put Bangladesh ahead of the opponents netting a field goal (2-0) while Ashraful widened the margin converting his second penalty corner in the 18th minute (3-0).

Just before the half time, Milon and Jimi consecutively bagged two more goals for the Bangladeshi side in the 20th minute (5-0).

Bangladesh continued their domination over Chinese Taipei within the opening minute of the second half.

In the 26th minute, captain Shitul raised the margin with a field goal for Bangladesh scoring his first goal of the tournament (6-0).

Then, Mainul Islam Koushik, who made double hat-trick against the Philippines on Wednesday, scored his eighth goal of the tournament in the 28th minute (7-0).

Shitul netted his second goal converting a penalty corner in the 32nd minute (8-0) while Khorshedur Rahman sealed the fate of the match scoring the 9th goal of the match in the 33rd minute (9-0).

Earlier, Bangladesh finished 4th in the 5-team Pool A securing 3 points from four matches with one win and three defeats.

The team are expected to return home on Monday (July 22).