Dhoni pulls out of Windies tour, to serve his regiment in Indian Army 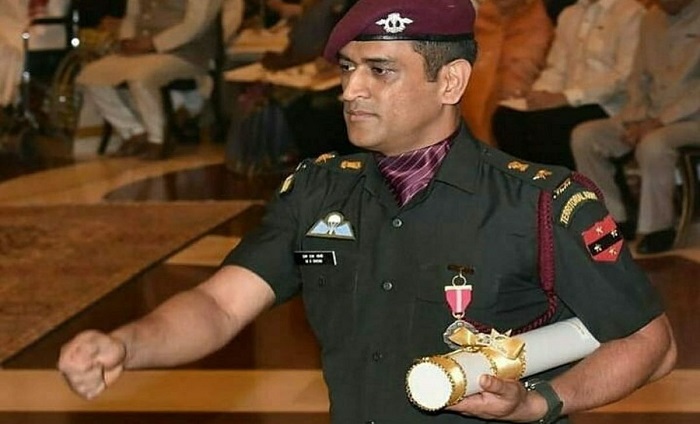 Indian former skipper MS Dhoni has made himself unavailable for selection for the West Indies tour and will now join his regiment for the next two months to serve in the Army.

It is to be noted that Dhoni has been given an honorary Lieutenant Colonel designation by the Parachute Regiment of the Army. MS Dhoni, who had mentioned in many interviews that he would serve in the Army after he hangs up his cricketing boots, will now work with his regiment till September.

38-year-old Dhoni took this decision when the Indian Cricket Team was to be selected on Sunday. He also informed the cricket board about his decision.

MS has taken two months leave from cricket to serve in the Army. Chief Selector MSK Prasad and captain Virat Kohli will now have to decide the team keeping his decision in mind.

It is expected that young wicketkeeper-batsman Rishabh Pant will take his place in the team.

Pant – the closest alternative to Dhoni

The T20 World Cup is scheduled to happen in 2020 in Australia. Keeping that tournament in mind, selectors would want to give the opportunity to as many youngsters as possible.

Pant is being looked as a successor to MSD. In the recently concluded ICC Cricket World Cup 2019 too, it was Rishabh Pant who was picked in the side as a replacement for Shikhar Dhawan.

Other batsmen who can be drafted into the squad include Mayank Agarwal, Shreyas Iyer, Shubman Gill and Sanju Samson.

Although Samson has not enjoyed a good domestic season, he has been consistent in the Indian Premier League for a few years now.