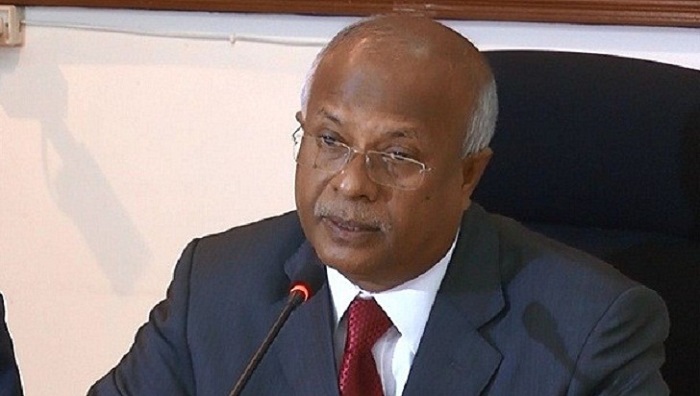 Anti-Corruption Commission’s Chairman Iqbal Mahmood on Saturday said the commission has currently been investigating corruption allegations against nearly a dozen of the ruling party men.

“In my view, some 10 to 15 ruling party men are under prosecution, investigation and inquiry,” he said.

He disclosed the information while addressing at a seminar, titled ‘The Role of Lawyers and the Judiciary in Curbing Corruption,’ at Jatiya Press club in the city.

The Human Rights and Peace for Bangladesh (HRPB) arranged the seminar, where the ACC chief was present as the chief guest.

Iqbal Mahmood also informed that the ACC has also been scrutinising allegations against 15 men of one political party and 12 others of another party at present.

However, he didn’t disclose the names of the accused.

He said, “Investigation into corruption allegations against 25 persons from various business body and 15 bureaucrats -- from secretary to joint secretary levels—are underway in the commission.”

Usually, the ACC has been facing grave criticism since its journey from May, 2004 that it fails to play any  strong role when allegations is raised against ruling party men or against any “big fish”.