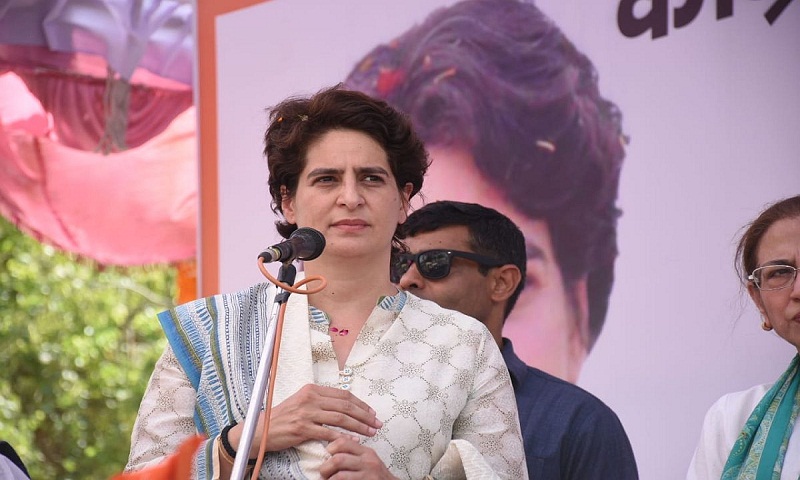 Congress general secretary Priyanka Gandhi spent Friday night at Chunar guest house of Mirzapur district. On Saturday morning, senior officers of the police and district administration again met the Congress leader, trying to persuade her to change the decision to meet the victims of Sonbhadra massacre but she rejected their request.

She said, “I will not go back unless I meet the families of victims and if they (administration) are not allowing me to go, I am prepared to meet them at any other place where it suits the administration”.

Later in the morning, 15 family members of victims reached the guest house and met Priyanka. Although it is not clear whether they reached on their own or the administration brought them.

As the family members reached the guest house, the administration did not allow them to meet the Congress leader and when she came to know about this, she again sat on dharna, demanding that the family members should be permitted to meet her.

In another development, a four-member delegation, led by Derek O’Brien of the All India Trinamool Congress party reached Lal Bahadur Shashtri International airport, Varanasi, while moving ahead to Sonbhadra. However, on reaching the airport, police officials, who were already waiting for them, told the delegation that they will not be allowed to come out of the airport.