Priya Saha to be quizzed after her return: Home Minister 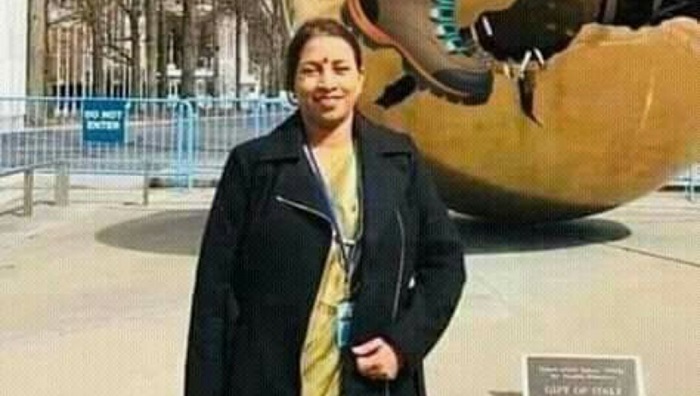 Home Minister Asaduzzaman Khan on Saturday said Priya Saha will be interrogated over her the allegations to US president Donald Trump of minority repression in Bangladesh after she returns home.

“There must be an ulterior motive behind Priya Saha’s false and concocted stories. We will interrogate her if she returns home,” he said.

In reply to reporters’ queries, the home minister made the remarks at his Dhanmondi residence in the city on Saturday.

He also warned that if Priya Saha fails to prove the allegations, the government will take legal action against her.

Priya Saha, a Bangladeshi national, participated in the Second Ministerial to Advance Religious Freedom held at the US Department of State in Washington, DC on July 16-18. Foreign Minister AK Abdul Momen also attended the meeting.

Delegates from 106 countries, including about 40 Foreign Ministers, took part in the meeting at the invitation of Mike Pompeo, the US Secretary of State.

Priya Saha, one of the organising secretaries of Bangladesh Hindu-Bouddha-Christian Oikya Parishad, was seen telling US President Donald Trump, among other things, that 37 million Hindu, Buddhist and Christian people have been disappeared from Bangladesh.

She also told President Trump that her land has been grabbed by Muslim fundamentalists and sought his help so that Hindu, Buddhist and Christian people can live in Bangladesh.

Meanwhile, the government on Saturday said it appears that there was an ulterior motive behind Priya Saha’s absolutely false and concocted stories that were targeted to malign Bangladesh.

"Bangladesh is a beacon of religious freedom and communal harmony, where people of all faiths have been living in peace for ages," said the Ministry of Foreign Affairs, strongly protesting all the blatant lies told by Priya Saha to US President Donald Trump.

The government also condemned her remarks in the strongest possible terms.